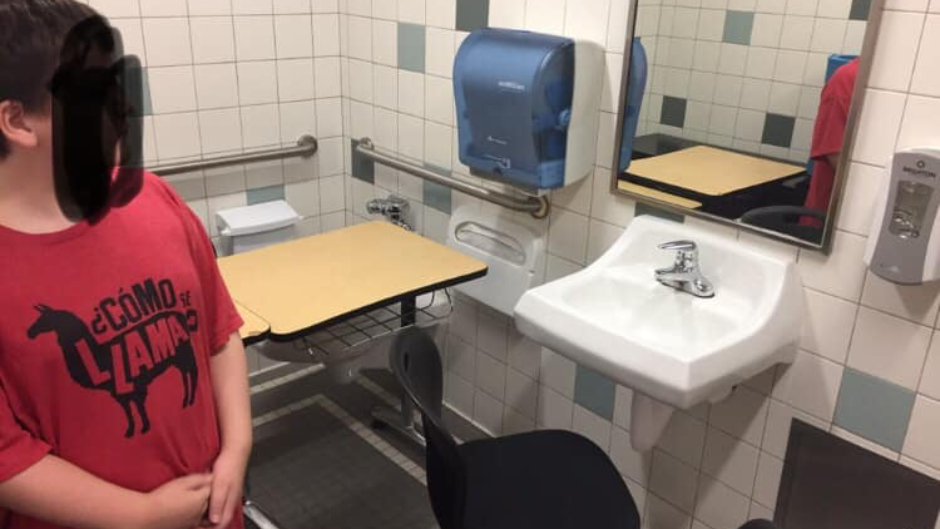 Middle school teacher put autistic boy and his desk over a toilet in the BATHROOM: Report

A Washington mother has accused a middle school teacher of placing her autistic son’s desk in an unused bathroom so he had a quiet place to learn.

Danielle Goodwin wrote in a Facebook post that the Whatcom Middle School teacher had put her 11-year-old son’s desk over a toilet and provided him with a pillow and mat so he could sleep on the bathroom floor. Goodwin told The Bellingham Herald that her son, Lucas, has autism and a pediatric autoimmune neuropsychiatric disorder which is linked to streptococcus infections.

Goodwin wrote that she asked the teacher if her son could do his work in the library and she said no. She explained to The Bellingham Herald that Lucas needed to be in a quiet place because noise over-stimulated him and that he requires naps due to his autoimmune disorder.

My son has special needs and does best in a very quiet place. This was his teacher's solution…yes, that is my son in a…

Goodwin also told the news outlet that Lucas is in a class with eight other children and that she thought he was going to the library to have one-on-one time with staff. She said she was shocked when she arrived at school last Monday and learned her son was placed in a bathroom—equipped with two chairs and two desks.

“She also said it was fine for him to be in there because they ‘don’t use it as a bathroom’. My son was humiliated, embarrassed, and disgusted at this inhumane suggestion that he work in a bathroom,” the mother wrote.

Goodwin told KOMO that the bathroom “smelled.” She wrote in the Facebook post that she pulled her son out of school that day and that he vomited when they got home due to his anxiety.

Bellingham School District spokesperson Dana Smith told The Herald that the desk has been removed and that middle school staff was instructed not to use the bathroom for that purpose moving forward.