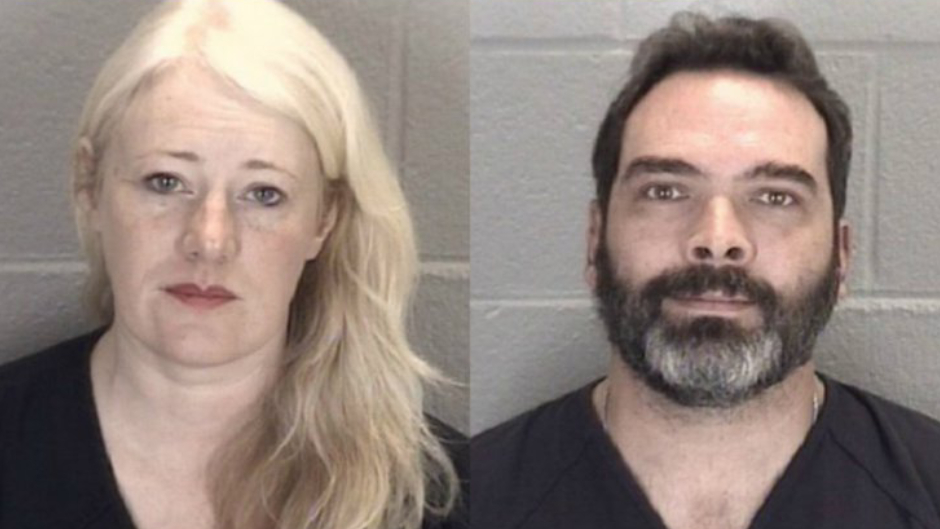 SHOCK CLAIMS: Adopted ‘child’ with dwarfism abandoned by her parents is actually a 22-year-old psychopath

An Indiana woman who’s accused of abandoning a Ukranian girl several years after adopting her has reportedly claimed that her preteen daughter was actually a 22-year-old woman who was tormenting their family.

Kristine and Michael Barnett, 45 and 43, were charged with neglect of a dependent for allegedly fleeing to Canada and leaving their adopted daughter in a rented Lafayette apartment in July 2013. Citing an affidavit, the Daily Mail reported that bone density tests conducted in 2010 showed she was approximately eight years old.

Reports indicated that the girl, named Natalia, has a form of dwarfism called spondyloepiphyseal dysplasia congenita (SED). The Barnetts reportedly adopted Natalia in 2010, two years after she immigrated to the U.S. through an adoption program.

Elle magazine noted that Kristine Barnett is the author of “The Spark: a Mother’s Story of Nurturing, Genius, and Autism.” The book centers on her autistic prodigy son, Jake, who wrote his first academic paper at age 12.

The parenting author told the Daily Mail that suspicions arose after they found her adopted daughter’s bloody clothes in the garbage, suggesting she was going through a menstrual cycle. She claimed she took her adopted daughter to the doctor, who conducted a bone density test which indicated that she was at least 14.

Kristine Barnett also told the news outlet that by 2011, Natalia was smearing her bodily fluids on walls and making death threats. The adoptive mother recounted a 2012 incident in which Natalia allegedly tried to push her against an electric fence, prompting them to place her in a state-run, long-term psychiatric facility shortly thereafter.

“She was standing over people in the middle of the night. You couldn’t go to sleep. We had to hide all the sharp objects,” she said.

The adoptive mother alleged that Natalia confessed to being considerably older while undergoing mental health treatment. Further, the Daily Mail claimed to have reviewed a drove of medical documents in which doctors expressed skepticism regarding Natalia’s purported age.

Further, the news outlet cited a 2012 letter penned by the Barnetts’ family physician where he stated that Natalia’s 2003 birth date is clearly inaccurate and that she’s knowingly deceiving physicians and her parents about her true age. Around the same time, authorities were reportedly investigating whether immigration fraud transpired before the Barnetts became involved with Natalia.

Kristine Barnett said her then-husband rented the Layfette apartment for Natalia following her discharge from a psychiatric care facility in August 2012. Citing documents, the news outlet reported that Judge Gerald S. Zore accepted the couple’s claims and changed their adopted daughter’s age to 22.

She noted that Natalia was legally responsible for herself but they still helped her obtain a social security number and identification card and apply for benefits. The couple’s accused of moving to Canada without her and ceasing contact a short time later.

Natalia reportedly contacted Tippecanoe County police in 2014. It’s unclear when the Barnetts returned to the country, but the Daily Mail reported that they were divorced in 2014.

The Barnetts are free on bail are were ordered to return to court on September 24.