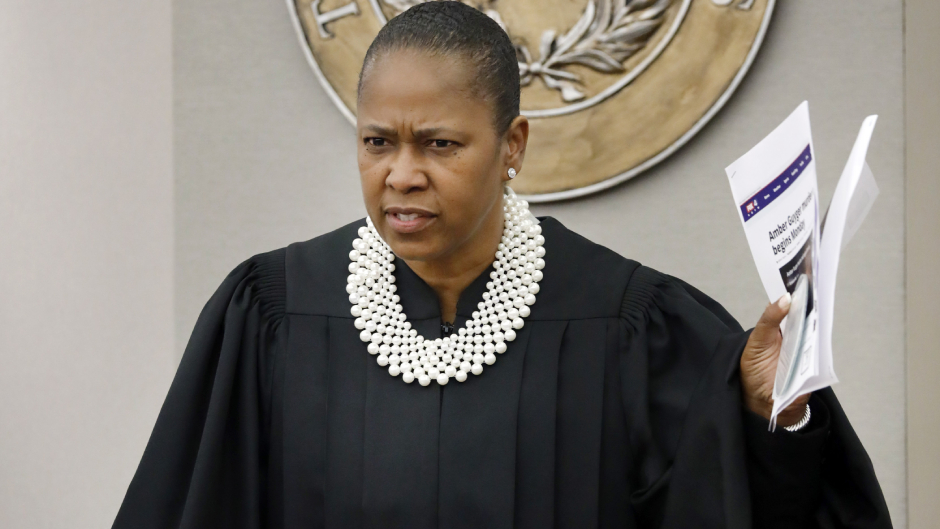 Amber Guyger: Judge FLIPS OUT after learning prosecutor did a banned TV interview A DAY before murder trial

Despite the blatant gag order violation, the judge denied the defense’s bid for a mistrial

Court proceedings came to an abrupt halt on Monday after a Texas judge learned that a prosecutor violated a gag order by doing a television interview a day before an ex-officer would face murder charges for fatally shooting her upstairs neighbor in his own apartment.

In the interview with KDFW which aired on Sunday night, Dallas County District Attorney John Creuzot detailed his decision to try Amber Guyger, 31, for murder and not manslaughter for last year’s fatal shooting of Botham Jean, 26. The interview would put Creuzot in direct violation of a gag order which has been in place since early January.

On Monday, Guyger’s attorneys informed state District Judge Tammy Kemp of Creuzot’s television appearance. Court cameras caught the visibly-annoyed judge grunting and turning her chair before she stands up and seeks clarification from the defense attorneys.

“To be clear, on last night, the evening prior to the start of this trial, our elected D.A. did an interview about this trial?” Kemp says in disbelief.

Judge Kemp went on to ask the 12 jurors and 4 alternates whether they saw Creuzot’s television interview. All of them claimed they hadn’t seen Sunday’s interview or any other media coverage regarding the high-profile case since their selection as jurors.

Guyger’s defense attorneys asked for a mistrial and a change of venue in light of the revelation but the judge denied the request, according to The Dallas Morning News.

Indicted late last year, Guyger claimed she shot Jean in his apartment after mistaking his unit for hers. She reportedly told police that she had finished a 15-hour shift when she parked her car on the fourth floor of her apartment building, instead of on the third floor where she lived.