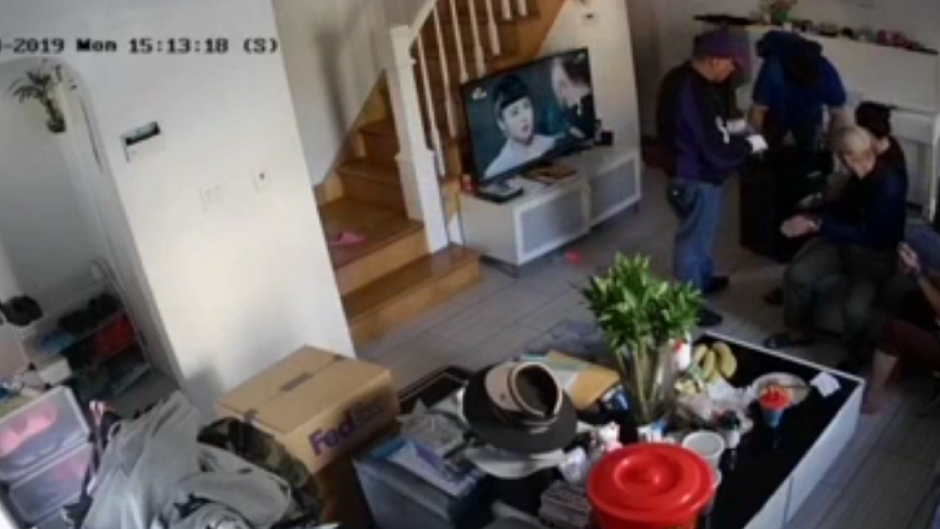 Police in New York are searching for a man who allegedly disguised himself as a FedEx employee before he tied up and robbed a family of $130,000 in cash and jewelry.

WPIX reported that the suspect masqueraded as a FedEx worker and delivered a fake package to the Brooklyn home at around 3 p.m. on Monday afternoon. The New York Police Department said the suspect, who was dressed in a fake FedEx uniform, subsequently presented a badge to the family and identified himself as law enforcement while a second man headed to the second floor of the home.

Surveillance footage posted to Reddit shows the phony FedEx worker entering the home while hauling a sizable package. Moments later, a man wearing a hat and backpack follows him inside.

Fedex impersonator tie up and robs family from nyc

A home camera reportedly caught the fake FedEx worker restraining an elderly woman and middle-aged man and woman with duct tape as they sat on an ottoman in their living room.

Police told WPIX that the accomplice ransacked the bedroom and recovered a safe from the closet. In the video, he is reportedly spotted pushing what appears to be a black safe towards the family before ordering the woman to open it.

The man in the FedEx uniform can be seen and heard speaking Spanish into a two-way radio. Moments later, he nudges the sitting woman back on the ottoman and exits the camera’s view.

Once in possession of the safe, the two men reportedly fled the home through a back door and drove off in a blue 2008 Jeep Grand Cherokee with a New York license plate reading HTP 3906.

WPIX reported that victims alleged the suspects stole approximately $45,000 in cash and $80,000 worth of jewelry. According to the New York Post, authorities said they didn’t have the footage from Monday’s incident, which was originally posted to a Chinese social media app called WeChat.