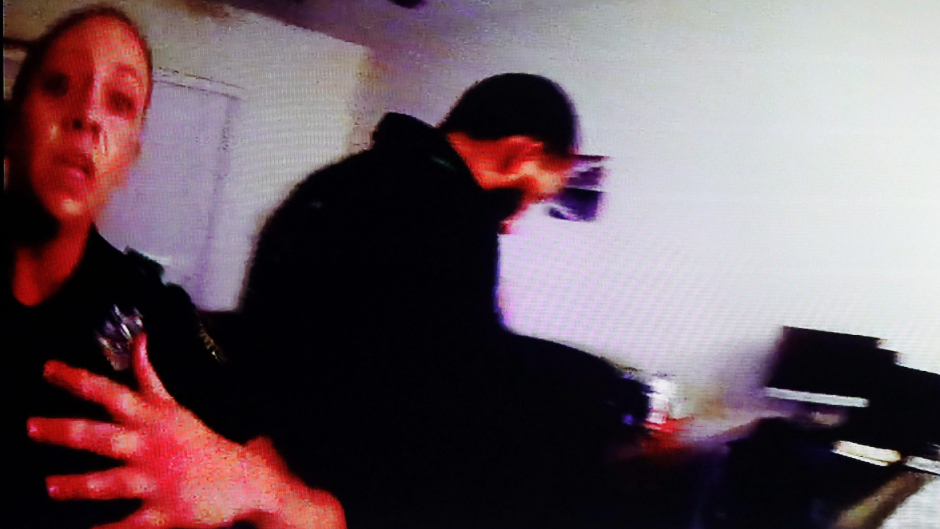 For the first time on Tuesday, a Texas court saw bodycam footage from the night a then-police officer shot an unarmed neighbor in his own apartment.

KTVT reported that the bodycam worn by Dallas police officer Michael Lee was shown to the public for the first time. Prosecutors said Botham Jean, 26, was eating vanilla ice cream in his apartment when then-Dallas police officer Amber Guyger, 31, entered and opened fire, fatally wounding him in the torso.

In the video, Lee is seen responding to the Southside Flats and gaining entry through a gate. Lee and another officer run up several flights of stairs to Jean’s apartment, where they’re met by a frantic Guyger. The off-duty officer reiterates that she thought she was in her unit and that Jean was wounded at the “top left” of his torso.

Officers are then seen doing CPR on a lifeless, bloody Jean. Paramedics arrive five minutes later, while officers are still working to save his life.

Guyger, who’s on trial for the September 2018 shooting, claimed she shot Jean in his apartment after mistaking his unit for hers. She reportedly told police that she had finished a 13-hour shift when she parked her car on the fourth floor of her apartment building, instead of on the third floor where she lived.

On Tuesday, jurors also heard the 911 call Guyger placed on the night of the shooting. Though officials previously blocked the media from obtaining the call, the audio was leaked in late April — months after a gag order was put in place.

Throughout the 911 call, Guyger is heard repeatedly saying, “I thought it was my apartment.”