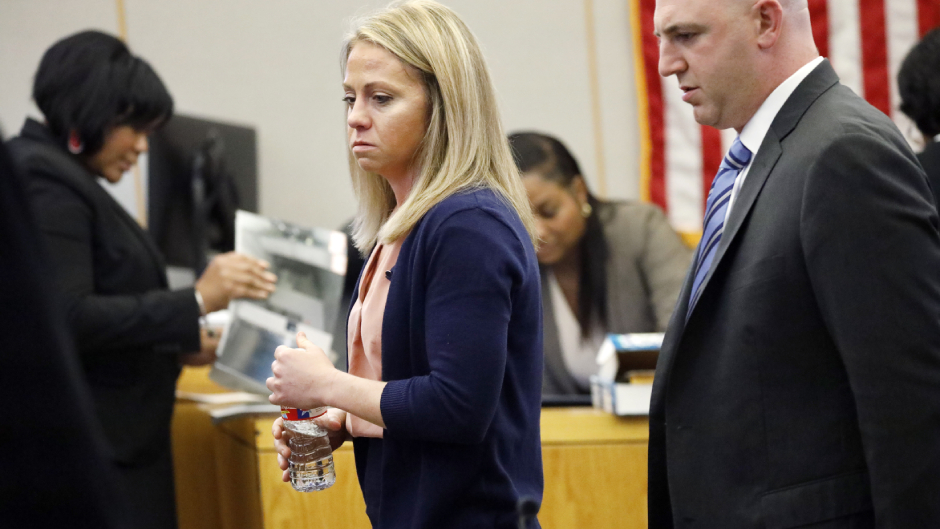 Female cop who shot neighbor dead in his own apartment didn’t try to save bleeding man’s life; no trace of blood found on uniform, gloves [Court]

The former Texas cop who fatally shot her unarmed male neighbor in his own apartment last year didn’t try to save the man’s life, testimony revealed during her murder trial on Thursday.

According to The Dallas Morning News, Texas Ranger Michael Adcock testified that light and chemical testing concluded that then-Dallas police officer Amber Guyger had no blood on her uniform after fatally shooting Botham Jean, 26, in his apartment. He also claimed that blue latex gloves which were also in Guyger’s possession also appeared to have been unused.

The news outlet reported that assistant district attorney Jason Hermus has accused Guyger of doing nothing to save Jean’s life. On Thursday, Hermus questioned Dallas Officer Tu Nguyen, a responding officer who bodycam footage was presented to the court.

Nguyen testified that he elevated Jean’s legs to move blood back to his heart. He described the ailing man as lifeless and in shock.

“What you guys did was exceptionally heroic,” the prosecutor commented.

Guyger claimed she shot Jean in his apartment after mistaking his unit for hers. She reportedly told police that she had finished a long shift when she parked her car on the fourth floor of her apartment building, instead of on the third floor where she lived.