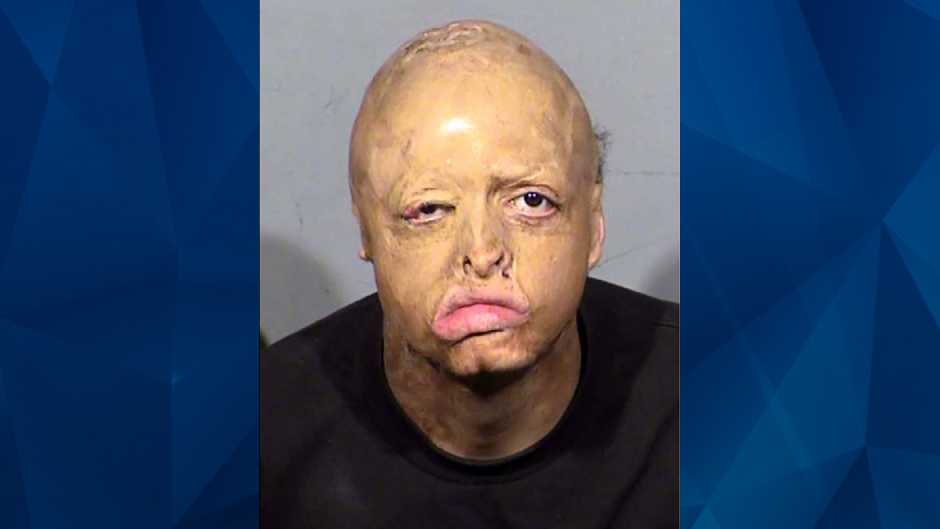 Teen left disfigured after house fire arrested for killing man who gave him a place to stay: Police

A Nevada teen who was severely injured in a 2003 fire that killed his 4-year-old cousin was arrested Tuesday in connection with a body that was reportedly found wrapped in a sleeping bag last week.

Michael Miller, 19, who has used a wheelchair since the deadly blaze, was booked on murder charges for the shooting death of Raul Salazar, 47. The Las Vegas Review-Journal reported that Red Rock Search & Rescue discovered Salazar’s body in a deserted area off Lake Mead Boulevard in Las Vegas on Friday.

Michael Miller’s uncle, Robert Miller, said his nephew spent some of his childhood homeless but claimed he never heard him mention the victim, nor did his description match any of his nephew’s known friends, according to the news outlet.

However, KLAS reports that Salazar took Miller in and allowed him to live in his home, although it’s unclear when the suspect moved in or how the pair met.

#LIVE: We’re learning more about 47-year-old Raul Salazar. His body was found in the desert Friday. 19-year-old Michael Miller was later arrested in connection with his death. Sasha Loftis has more. #8NN

The Clark County Coroner’s Office found Salazar died from multiple gunshot wounds and deemed his death a homicide. Authorities have yet to reveal a motive in this case.

KLAS reported that Las Vegas police’s homicide unit said the evidence they recovered suggests Salazar’s body was transported to the remote area where it was found on Friday. Details regarding how his body was moved there are unavailable at this point in time.

Michael Miller is being held without bond and is scheduled to appear in court on Friday.