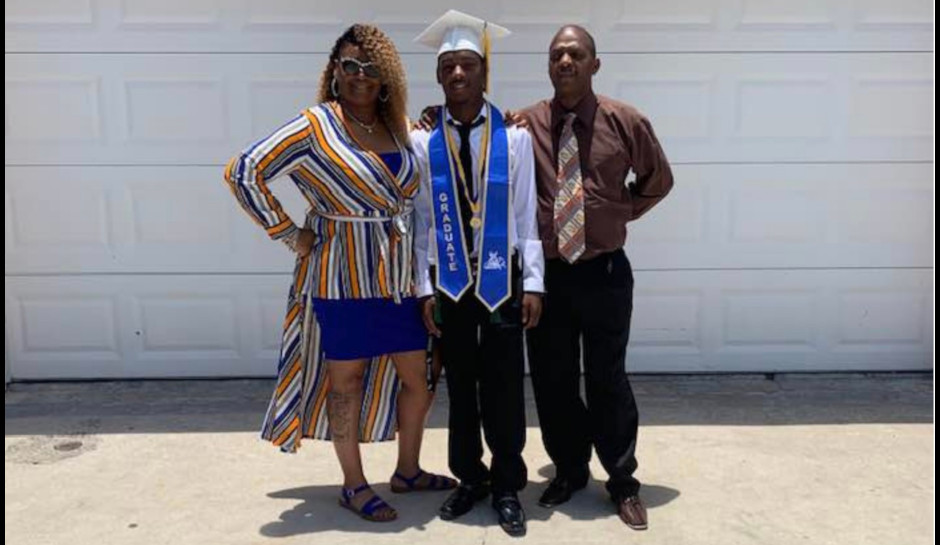 A week after she joked the new Mercedes he gifted her was the wrong color, Florida man kills wife and shoots himself — with his young grandchildren in the home

A Florida man allegedly shot and killed his wife of 33 years Saturday night, a week after he bought her a new Mercedes SUV and a day after he posted on Facebook accusations that she was cheating on him.

Eddie Harris then turned his gun on himself and is in a Miami trauma center for treatment of his wounds.

Miami-Dade police arrived at the Liberty City home Eddie and Shanica Harris shared when they received reports of shots fired. They met two men running from the scene who told them Harris was inside with his wife, two grandchildren and a rifle, Local 10 News reported. Special Response Team members and hostage negotiators were called to the house and got the children, ages 6 and 9 out through a window.

When they got inside, they found Shanica Harris fatally shot and Eddie Harris with a self-inflicted gunshot wound, the Miami Herald reported. He was taken to Jackson Memorial Hospital’s Ryder Trauma Center, where he remained Sunday evening.

Police said the children were unharmed and are with their other grandmother.

Shanica Harris’s sister, Thomasina Goddard, told Local 10 News that the couple had been together since they were 15-years-old — childhood sweethearts.

“My sister was the sweetest girl you would’ve known,” Goddard said. “She worked very hard for her kids and family.”

Shanica Harris’s last Facebook posts — three from September 21 — begin with a photo of Braman Miami, a luxury car dealer, followed by post with a photo of Mercedes keys. Shanica writes “So far I was given these! Hell nahhhhhhhh, I know he playing” on the post, apparently not believing she may be getting a new car. The third is a photo of a silver SUV with big red bow on the hood. Shanica jokes “Now he knows I love red cars!!! But OMG!!!!!!!!!” The comments are filled with congratulations until September 28, the night she was killed.

On September 27, the day before the shooting and six days after he bought the Mercedes, Eddie Harris posted a photo of the car, saying he’d bought it for the wrong girl, according to the Daily Mail, which appears to have gotten access to posts available only to his family and friends. Other posts say “I wasted my money on that” and accuse Shanica of cheating on him with a man who drives a white Chevrolet Impala. On the day of the shooting, his final post said that Shanica “got them trying to kill me.”

Saturday night’s incident was the third tragedy to strike the family in the past four years. The couple’s son, 18-year-old Eddie Harris Jr, was shot and killed in broad daylight on January 29, 2016, as he walked along the street. The previous November, the Harrises’ nephew Kevin Eford was shot and killed in Opa Locka.