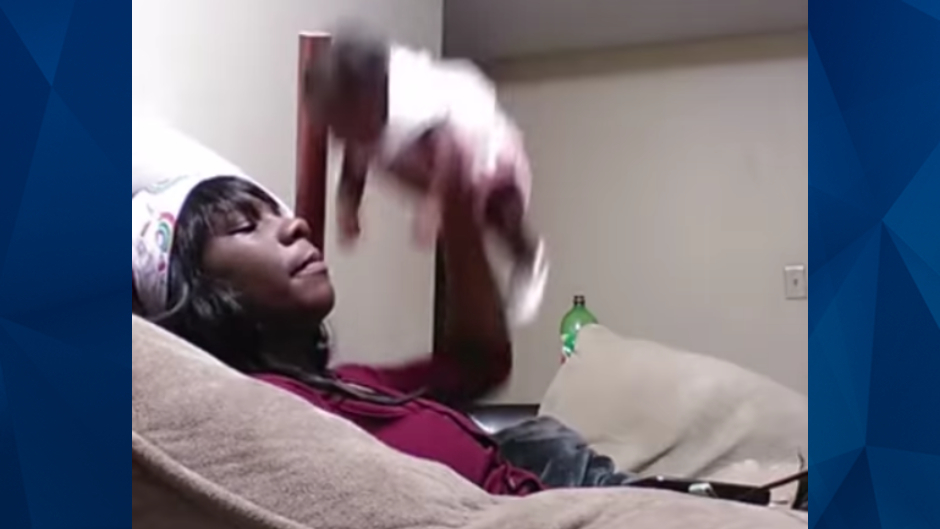 A Tennessee mother is facing criminal charges for allegedly filming herself smoking in her 1-month-old daughter’s face in addition to lifting her in the air with one hand and shaking her.

WTVC reported that Chattanooga Police responded to Tybresha Sexton’s residence on Sunday after people alerted them to the video, which was live-streamed on Facebook. Besides shaking and smoking near her baby, Sexton, 24, was allegedly filmed grabbing her by the arm and dropping her.

While Sexton denied the abuse allegations and allowed police to evaluate her baby, officers noted she reeked of alcohol and that she was making irrational comments.

Neighbors came to Sexton’s residence and showed police clips of the 30-minute video. Sexton reportedly responded by yelling that she “didn’t want that f**king baby anyway” and she “already told them that,” the affidavit stated.

Sexton was charged with aggravated child abuse. WTVC reported that the baby is with Sexton’s mother.