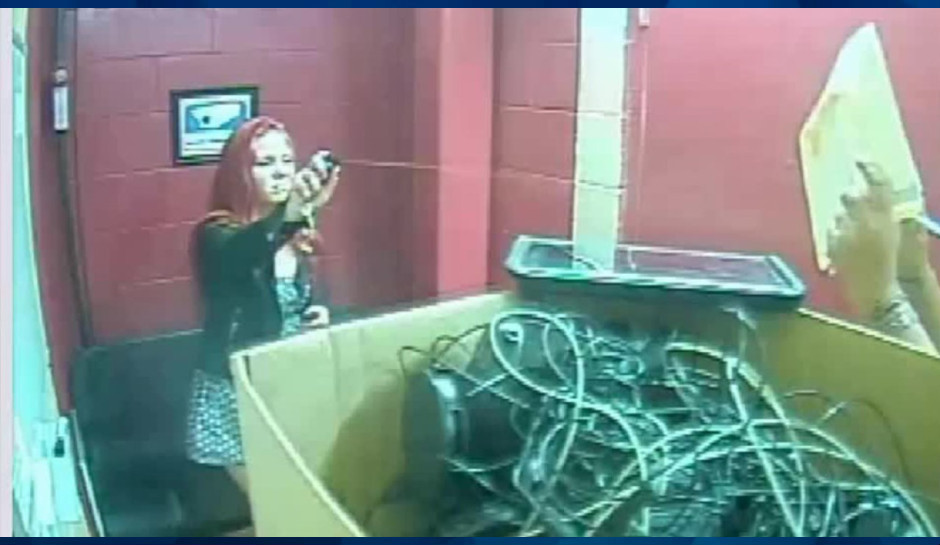 SEE IT: Florida woman sought for pepper spraying Walmart employees when she was caught shoplifting

Florida police are looking for a woman who pepper sprayed Walmart employees and threatened them with a knife when she was caught allegedly shoplifting on Sunday, ABC Action News reported.

Lake Wales police said that Doranda Jo Ussery shopped at the store for two hours before heading to the self-checkout, where a store loss prevention employee approached and reminded her to pay for the sunglasses and backpack she was wearing. Ussery set the sunglasses aside, said the backpack belonged to her boyfriend, and paid $16 for other items.

She set off security alarms on her way out and ran into the parking lot when loss prevention asked her to come back into the office, dropping credit cards with her name on them as she ran. Store employees convinced her to return inside when they noted they now had her identification.

Inside, Ussery tried to persuade employees not to call police, saying she was on probation and had two children. Employees determined she had left the store with more than $350 in merchandise. Before store employees could call police, Ussery pulled out a can of pepper spray and sprayed the loss prevention employees and two other employees in the face. The employees got the spray away from her, but she pull out a 3-4 inch knife and swung.

The incident was captured on surveillance video.

Ussery escaped the office in the chaos and again fled the store, this time entering the passenger side of a red Chevrolet Cruz and leaving the area. Lake Wales police traced the Cruz’s license plate to Highlands County, where they discovered that Ussery was known to police. ABC Action News reported that the vehicle and driver were located, but Ussery is still at large.

An arrest warrant for Ussery has been issued  for aggravated assault with a deadly weapon, grand theft and battery. She’s previously been arrested for burglary, grand theft auto, resisting an officer without violence, giving false identification to law enforcement, possession of methamphetamine and possession of drug paraphernalia.