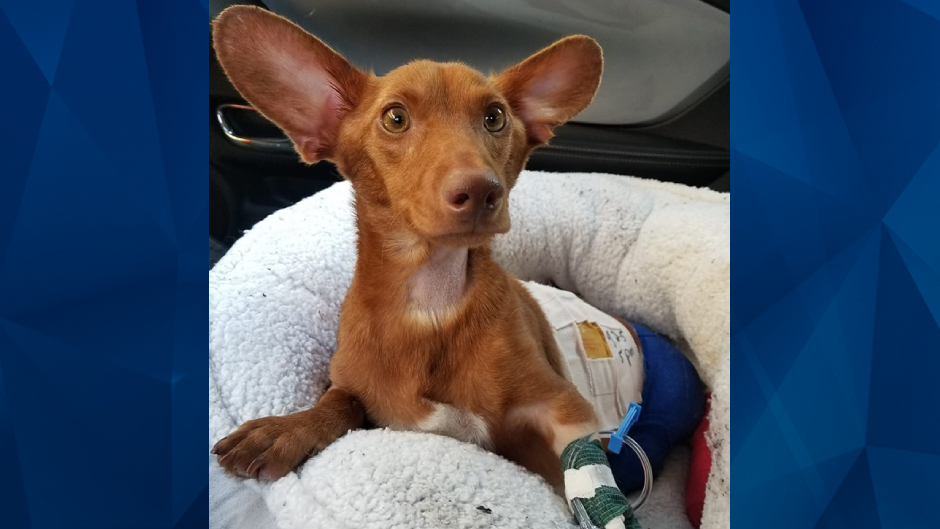 Three Louisiana women have been criminally charged for allegedly sawing off a 2-year-old dachshund’s hind legs in what authorities called a “horrific” case of animal abuse.

St. Tammany Parish Sheriff’s Office said in a statement that the dog, named Buddy, was shot in February. The dog’s owners—a 50-year-old woman, her 17-year-old daughter—reported the incident at the time, presumably allowing law enforcement to track them down after the ailing canine was abandoned at a Slidell-area mobile home park late last month.

Both of the dog’s hind legs were amputated, possibly with a saw. Police said after being shot, the dog was partially paralyzed in his hind legs. As a result, his legs would drag behind him, causing sores.

Thank you Susan for the beautiful card and donation to Buddy!!

The mother and daughter reportedly claimed that Buddy’s legs “fell off” because they bandaged them too tight. However, a veterinarian orthopedic surgeon determined that the dog’s injuries were  “maliciously inflicted,” and that his legs weren’t removed by a veterinary professional or natural means, police charged in the statement.

Dante’s Hope East, a local animal rescue organization, contacted law enforcement on September 25, after a resident called them to the mobile home park to pick up the abandoned dog and they noticed his missing hind legs, according to People magazine.

Buddy was thin, dehydrated, and has more surgeries ahead of him. WWL reported that the dog’s tail bone was exposed after he dragged his body in his own waste. As a result, his tail will have to be amputated.

The 17-year-old daughter was charged with aggravated animal cruelty after officers determined her responsible for the dog’s injuries. Her mother is facing animal cruelty charges for allegedly failing to get the dog proper medical care.

A friend of the daughter, who’s also 17, was arrested on animal cruelty charges after she allegedly admitted to abandoning the dog at the mobile home park.