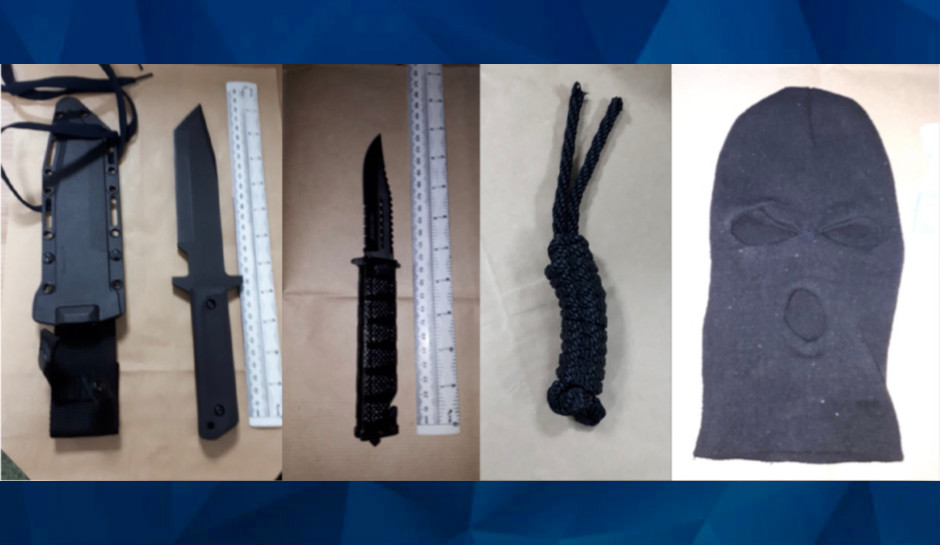 A teenage boy who dressed like a special forces soldier and carried his own “rape kit” when he went to a 17-year-old girl’s home has been sentenced to 8 years and four months in prison after being found guilty of trespass with intent to commit a sexual offense and sexual assault, the Bedford Independent reported.

Aaron Irvine, now 19, was found guilty in July of going to the girl’s home in January intending to rape her after she spurned his advances on Snapchat. His plans were spoiled, however, because his intended victim was not alone: A 17-year-old friend was visiting, and the two fought back, with the friend kicking Irvine in the groin and providing the two with an opportunity to escape.

Irvine and the girl first communicated in August 2018 on Snapchat, chatting about school and exams. Irvine made some suggestive comments, the girl said, and she told him she had a boyfriend. On January 1, he contacted her again, and when she told him she was no longer in a relationship, he allegedly replied, “Well, I’m known to be very good at making girls happy x.”

The next day, the girl and her friend answered a knock at the door to find Irvine, dressed in black with a black balaclava, black latex gloves, and black backpack and brandishing a knife. According to the victim, he caressed her hair, face, breasts, and bottom while holding the knife and tried to force her face toward his groin.

He refused their pleas to take whatever items he wanted from the house, and when the friend kicked him, the girls fled. Irvine also fled the secluded house in the English countryside and changed from a black sweater to a blue hoodie, but police responding to the girls’ emergency call found him quickly.

Irvine denied the allegations that he sexually assaulted the girl at Luton Crown Court and said he’d only intended to frighten her by creating the appearance of a special forces soldier. Judge Barbara Mensah, however, didn’t believe him, especially given that a police search of his home had found a document entitled “Forced Compliance” that appeared to contain plans for his attack on the girl.

The intended victim described the contents of Irvine’s backpack — a hunting knife, a lock knife, a length of rope, tape, a black utility belt, a shoe lace, wet wipes, a lock pick and a change of clothing — as a “rape kit.”

Irvine admitted common assault on the girl’s friend and possessing a weapon. He was acquitted on a charge of attempted rape.