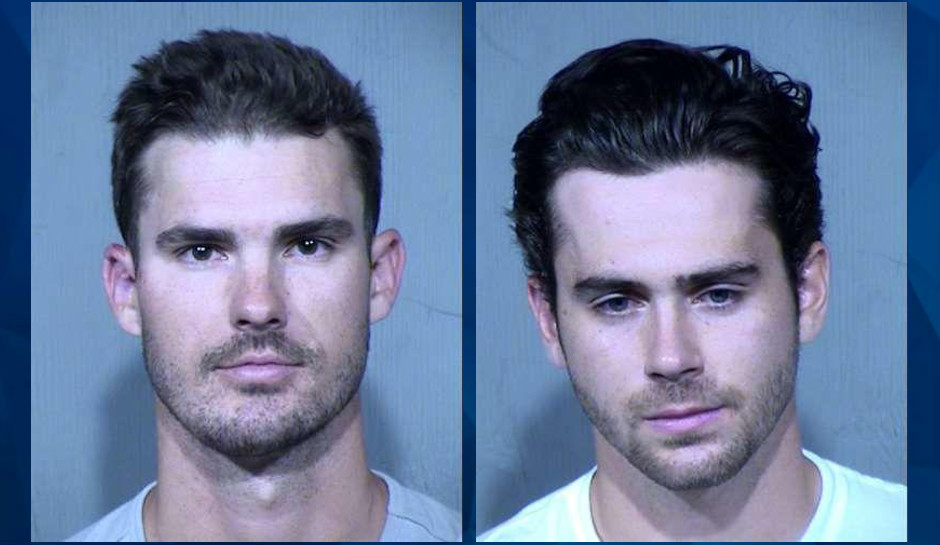 Minor league pitcher mistakes cop’s house for his own, crawls through pet door, gets kicked and tased

A pitcher in the San Diego Padres farm system was kicked and tased by a Peoria, Arizona, homeowner who found that the ballplayer had crawled into the home through a doggie door.

Jacob Nix, 23, was charged with two counts of criminal trespass and was apparently under the influence of alcohol or drugs at the time of the incident on Sunday, ESPN reported.

Turns out, the homeowner was a Glendale police officer, 3TV/CBS 5 said. Police said Nix told them he thought he was at his own house but couldn’t explain why he was trying to enter through a pet door when his home isn’t equipped with one.

Cosgrove, who was not under the influence, was charged with one count of criminal trespass for entering the fenced backyard.

Nix made his debut with the Padres major league team last year but was injured in March 2019. He’s assigned to the Peoria Javelinas in the Arizona Fall League for rehab. Cosgrove, also a pitcher, played with the Padres’ Class A Advanced Lake Elsinore Storm in the California League this summer and was pitching for Peoria this fall.

“We are aware of the alleged incident involving Jacob Nix last Sunday in Arizona. We take this matter seriously and have been in contact with the Commissioner’s Office and local authorities. Due to the ongoing legal proceedings, we will not have any further comment at this time”, the Padres said in a statement published by 3TV/CBS 5.