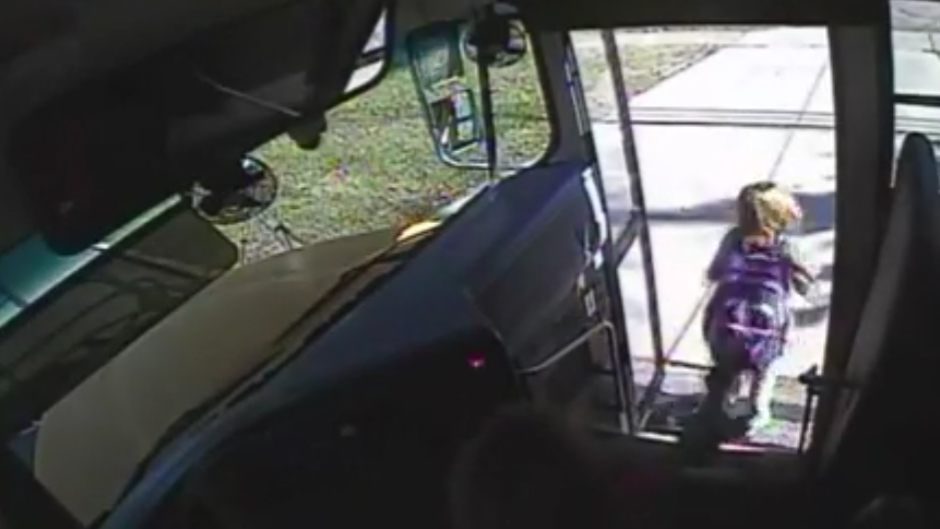 SEE IT: Emma almost off school bus when HERO BUS DRIVER SCREAMS FOR LITTLE GIRL TO COME BACK

A fifth-grader in Ohio was nearly struck by a speeding car as she got off her bus on Thursday, according to reports.

School bus surveillance video obtained by WEWS shows driver Lonnie Tole, 39, jump a curb and veer across several lawns before he nearly mows down a student who was leaving the bus to go home. The student, named Emma, told the news station that she would have been hit had her bus driver not signaled for her to come back.

“If her bus driver hadn’t had the foresight to yell and be paying attention we would have a different situation today,” the girl’s mother said.

WEWS reported that Bedford police have charged Tole with reckless operation. Deputy Chief Rick Suts said he told officers that his brakes, but they aren’t buying his story because he was able to get home safely and park his vehicle.

“Just be cautious of other people’s kids,” the girl’s mother commented. “They might not be your own, but they’re somebody’s, somebody loves them and wants them to be around.”