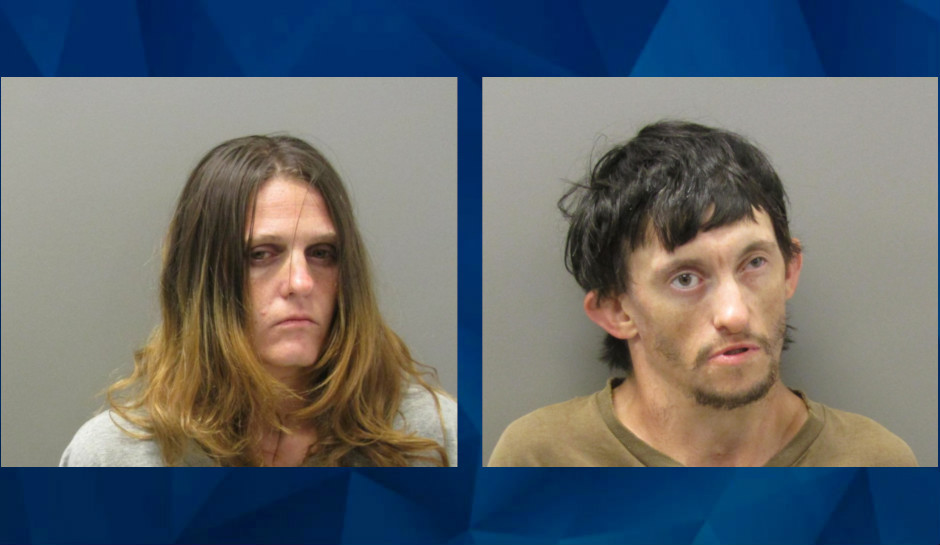 A man and woman were arrested on multiple drug charges in Hot Springs, Arkansas, early Sunday morning, and the woman allegedly told police that if she tested positive for drugs it was because her brother, whom she had visited in the hospital, “fed her a sandwich contaminated with meth.”

Elizabeth Marie Catlett, 29, and Don Russell Furr, 33, were both charged with possession of meth with purpose to deliver and four counts of possession of drug paraphernalia. Catlett was also charged with a misdemeanor count of driving while intoxicated, according to the Hot Springs Sentinel-Recorder.

Catlett and Furr were arrested at a traffic stop initiated because Catlett was driving without headlights. The officer wrote in his report that he smelled marijuana and that Catlett was “moving about the vehicle in a quick, nervous manner.” She reportedly consented to a search, and the officer allegedly found a plastic baggie in her pocket containing scraps of paper, a cut straw and smaller baggies. The scraps of paper contained what appeared to be methamphetamine.

Catlett denied the items were hers and said someone else put them in her pocket.

At that point, Catlett was taken into custody and officers spoke with Furr, who reportedly told that any illegal items in the car ” would be in the console and it would be ICE (meth).” Officers allegedly found a zippered bag containing a glass pipe, a bag with meth and Q-tips in the glove compartment, a plastic container holding more scraps of paper containing meth in the driver’s seat, and another plastic container holding baggies and scraps of paper with meth in a purse behind the driver’s seat.

According to KATV, police found a total of 0.5 grams of meth in the car.

Furr told officers that he and Catlett had done meth late Saturday night before they went to the hospital to visit Catlett’s brother.

While at the jail, Catlett reportedly failed sobriety field tests and did not provide enough sample to test on a breath test. She allegedly told police that if she “pops hot” with drugs, it would be because her brother gave her sandwich laced with meth. She reportedly told officers that her brother did this often, and that she believed he had put meth in her drink while she was at the hospital. She also told the officers she felt “like she does when she used to use meth.”