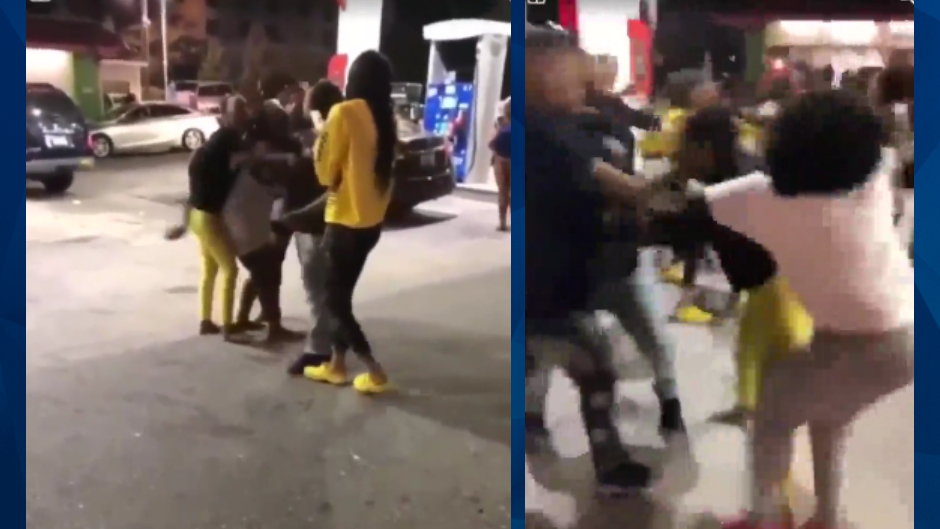 Two North Carolina women who were charged with murder after an SUV struck and killed a woman on Saturday appeared in court on Monday.

Meranda Watlington, 28, and Fana Felton, 27, are charged with first-degree murder and five counts of attempted first-degree murder in connection with an altercation that left Zanelle Tucker, 30, dead and three people with life-threatening injuries. WGHP reported that cellphone video showed a group of people punching Watlington and Felton at an Exxon in Greensboro at about 3 a.m. before the fatal incident occurred.

WGHP cited jail records which stated that Watlington was also charged with driving while impaired, felony death by vehicle, driving with a revoked license, and felony hit and run, suggesting authorities suspect she is the driver who mowed Tucker down.

Paula Edmondson, Felton’s mother and Watlington’s aunt, told the news station after Monday’s court hearing that the pair tried to break up a fight when a group of people assaulted them. Edmondson claimed her relatives were trying to flee and that they weren’t behind the wheel, noting there was a third person in the SUV.