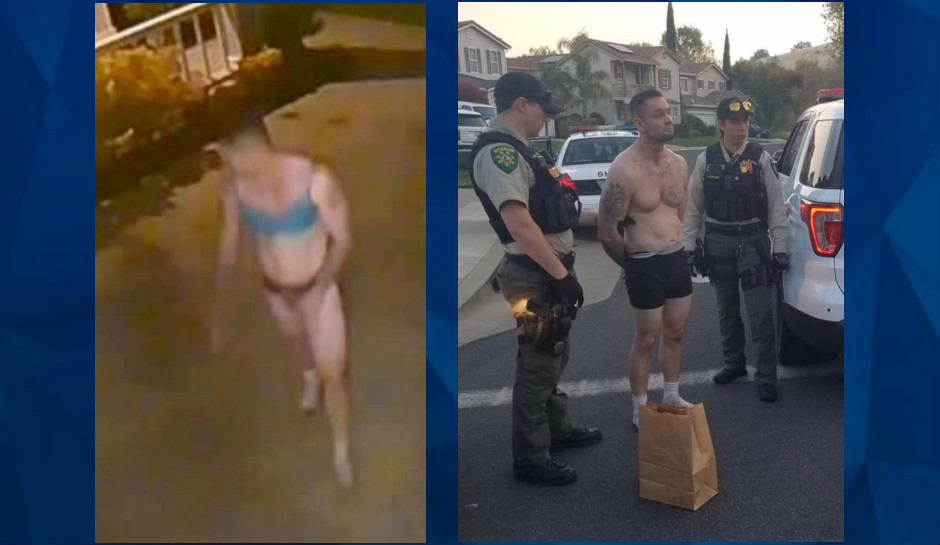 A California man has been arrested after a homeowner awoke to a noise in his home and a security camera captured the intruder running away — clad only in a bra and women’s panties, the El Dorado Sheriff’s Office reported.

Shaun Derrick McGuire, 37, fled the scene, jumping fences and racing through backyards before deputies and a Folsom Police Department K9 officer caught up with him — but by then he had shed the women’s underwear and was completely naked.

The Mountain Democrat reported that McGuire is a “known parolee,” and officers gave him boxers before putting him in a patrol car.

He’s being held on $129,000 bond and has been charged with violating parole, burglary, entering a non-commercial property, loitering on private property, and indecent exposure with a prior.