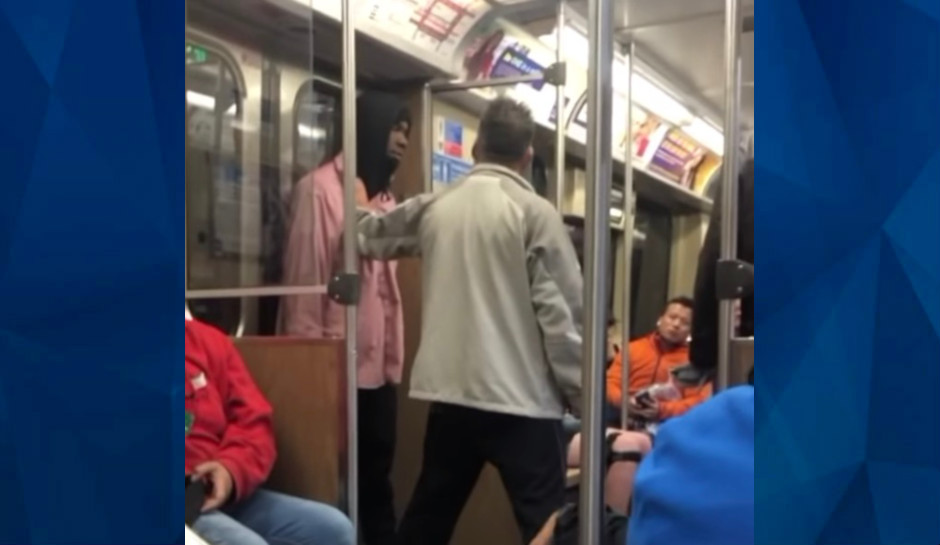 Marathoner DISARMS ROBBER on way to race, holds him until cops arrive

A Boston man in town to run the Chicago Marathon on Sunday disarmed a robber on the Blue Line train en route to the starting line and held him until police arrived.

Another marathon runner video-taped Jean-Paul LaPierre, 54, as he told the would-be robber he’d have “no problem breaking your neck” and held him against a train door while holding the gun in his other hand.

LaPierre told WGN that he was on the train and followed other marathoners headed quickly for the exit at at stop, but he didn’t think it was the right stop for the race. He asked another racer to be sure.

“I said ‘this doesn’t seem like the right way.’ He said ‘No, there’s a guy on the train walking around right now robbing people.’ That kind of made me mad,” LaPierre said.

LaPierre jumped back on the train and found the man with the gun.

“He was very quietly robbing people,” he told the Chicago Sun-Times. “I went up front and said to him, give me the gun and we started fighting for the gun.”

He disarmed him and handed the weapon off to another man who put the safety on, then held him in place until the next stop and police arrived.

Police said Tremaine Anderson, 30, was charged with one felony count of robbery with a firearm. LaPierre ran the race, his 12th Chicago Marathon.