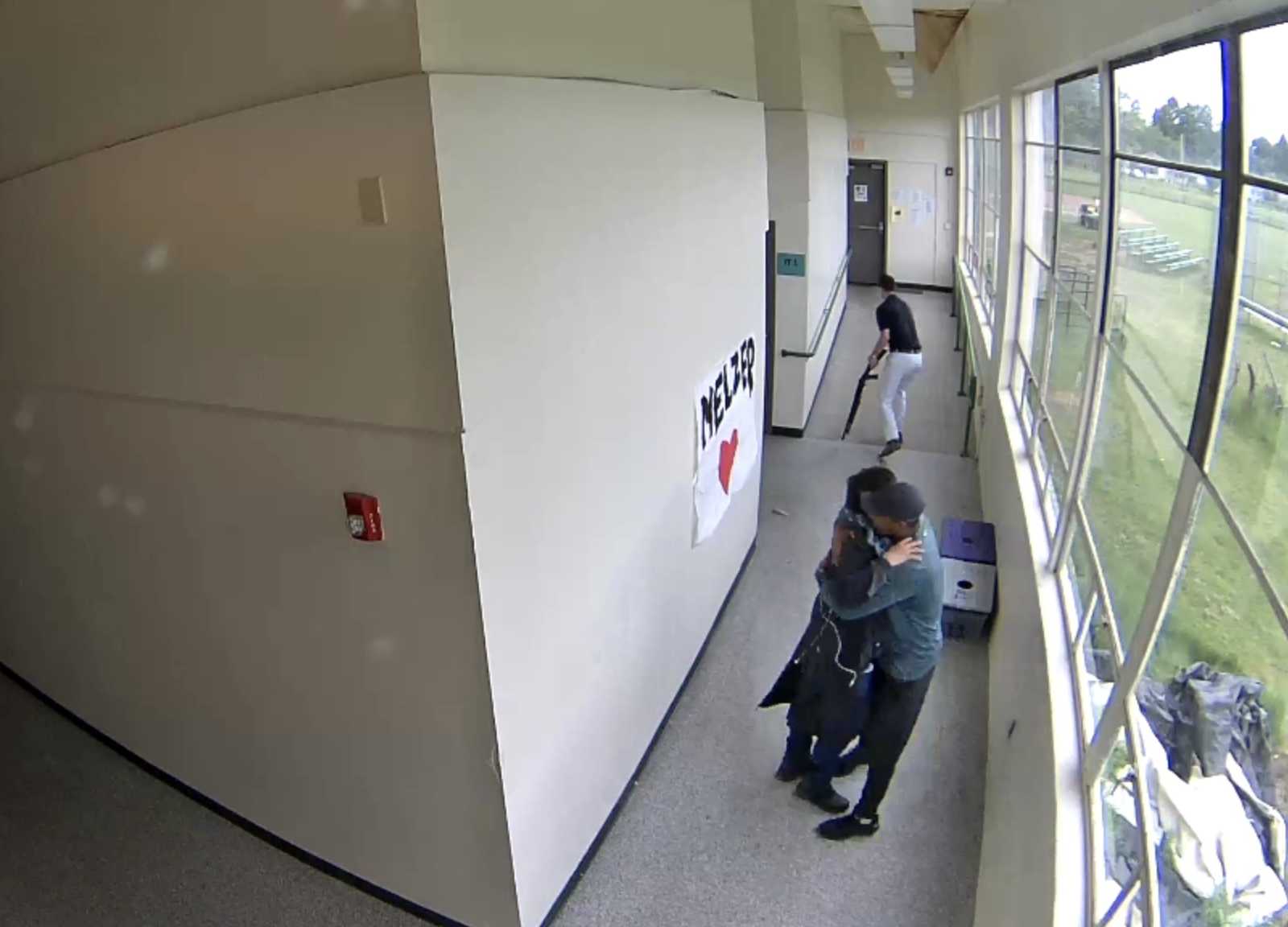 Former college football player and current Portland, Oregon, high school coach Keanon Lowe bravely disarmed a shotgun-wielding student in a classroom full of students and then calmly hugged the boy and talked with him until police arrived, and the school’s video cameras caught most of the scene.

Angel Granados-Diaz, dressed in a long trench coat and carrying the shotgun, intended to kill himself and had but one round in the weapon, police later said. Two students reported to Parkrose High School security staff that Granados-Diaz was acting strangely, KATU reported in May when the incident took place, and Lowe, who coaches track and field and doubles as security staff, went in search of him.

In the video, Lowe searches a hallway briefly and then enters a classroom. Moments later, Granados-Diaz rounds the corner and enters the same classroom.

And moments after that, Lowe backs out of the classroom, holding the shotgun with one hand and keeping the other on the troubled teen. He hands the weapon off to another staff member, then hugs the student, holding onto him and talking with him until police arrive.

In an interview in May, Lowe said his “instincts just took over” when he saw the student with the gun, and he lunged for it. Once the weapon was in the hands of the other staff member, Granados-Diaz broke down, he said.

In return, Granados-Diaz received three years of probation and immediate mental health and substance abuse treatment, among other conditions.

“Through the course of the investigation it became clear to law enforcement and our office that Mr. Granados-Diaz did not have the intent to hurt anyone other than himself while at Parkrose High School,” deputy district attorney Parakram Singh said.

“The purpose of this resolution is two-fold — it ensures Mr. Granados-Diaz receives mental health treatment to address his suicidal ideations and it ensures a level of accountability for taking a loaded firearm into a school.”