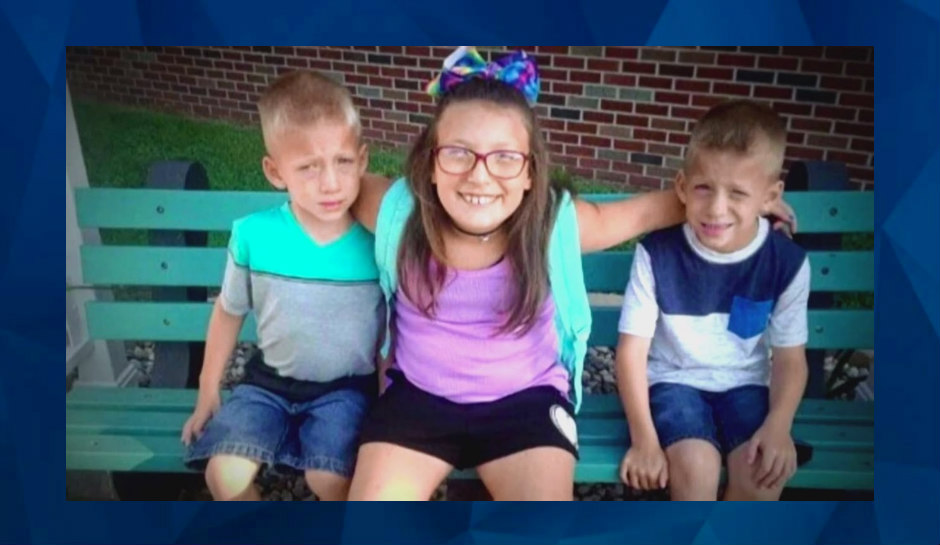 NBC 16 reports that 24-year-old Alyssa Shepherd plowed a pickup truck into four children, killing three of them, during an early morning incident in Fulton County in October 2018.

As CrimeOnline previously reported, the children were identified as 6-year-old twins, Xzavier and Mason Ingle, and their sister, Alivia Stahl, 9. Another child, identified as 11-year-old Maverik Lowe, suffered multiple broken bones. He was airlifted to a nearby hospital for surgery.

All of the children attended Mentone Elementary School. The 11-year-old was not related to the three siblings.

According to Indiana State Police Sergeant Tony Slocum,  the bus had its emergency flashing lights on and its stop-arm out when the incident occurred. Prosecutors said Shepherd had ample warning to stop.

During testimony, box cut driver, Mr. Wheeler, who witnessed the crash, said he came to a complete stop after seeing the bus lights flashing and the stop-arm. He then noticed a truck approaching and was worried the driver wouldn’t stop in time. The driver was Shepherd.

Wheeler watched as the children began screaming seconds before impact.

“She walks up to me…I just stop,” recalled Wheeler. “She says ‘What did I hit?’ and I just kind of threw my hands up and said ‘You hit kids! You probably killed them all.”

Shepherd said she never saw the bus or the stop sign as she approached the area. A crash data recorder indicated that less than five seconds before the crash, she was driving 58 mph.

After the verdict, Fulton County Prosecutor Michael Marrs said that the jury made the right decision.

“The biggest thing with it is the total lack of braking, the amount of distance that was covered, and seeing something on the roadway on a Tuesday morning when it’s school time, and just barreling right into it and not slowing down. We felt like that was unacceptable.”

The children’s mother, Brittany Ingle, spoke to NBC 16 after the verdict and agreed with the prosecutor. Ingle recalled that Shepherd appeared uncaring and cold after the incident, which “hurt worse.”

“I was crying, telling them how I found my sons in the road and she had no remorse, no emotion, just cold. And that hurt worse.”

Shepherd faces up to 21.5 years in prison. The sentencing phase of the trial is scheduled for December.