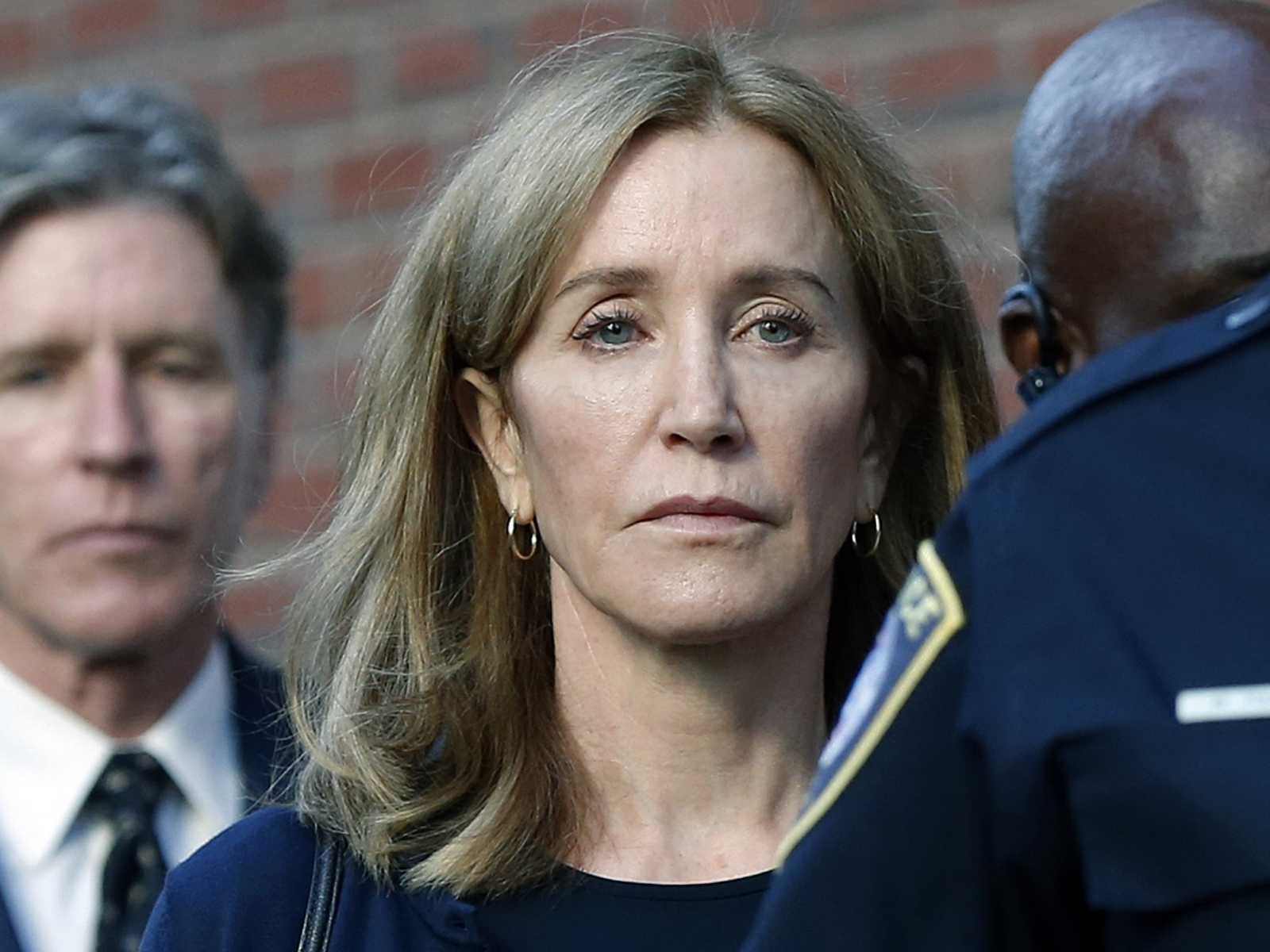 Exclusive images of Felicity Huffman show the Hollywood star in prison garb since she was sentenced to 14 days behind bars for cheating to help her daughter get into college.

The images, obtained by the New York Post, show Huffman wearing a khaki green shirt and pants with a white name tag. She also had sneakers on in addition to a white baseball cap, glasses and a watch or monitoring bracelet.

Huffman, 56, is serving the sentence at the Federal Correctional Institution in Dublin, California. In May, she pleaded guilty to paying a consultant $15,000 to improve the SAT scores for one her of daughters.

According to the Post, Huffman is among 1,230 inmates at the prison, all of whom are female. It is located just east of the San Francisco Bay Area and is the closest federal prison with minimum security to the family’s home in Los Angeles.

Huffman’s husband, William H. Macy, and a younger daughter visited Huffman at the facility on Saturday.

Previous high-profile inmates of the complex include Hollywood Madam Heidi Fleiss and Patricia Hearst, according to the Post.

Huffman and “Full House” star Lori Loughlin were among the most prominent defendants charged in the admissions scandal, which uncovered widespread cheating by wealthy and elite parents to get their children into top schools.

Loughlin and her husband have pleaded not guilty on allegations that they spent more than half a million dollars for a bribe to get their daughters into the University of Southern California. Trials in those cases are scheduled for next year.

Huffman will be released in a week on October 27.