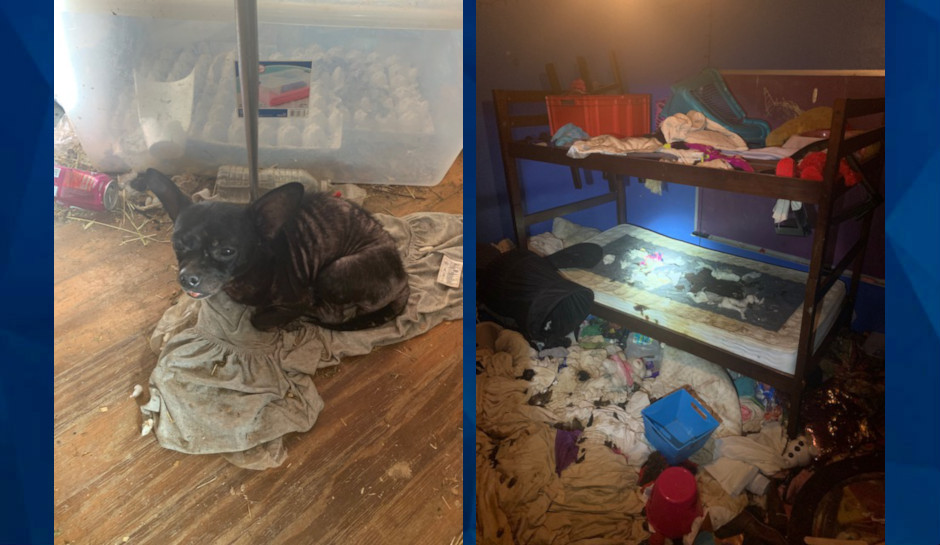 Florida police rescued three children and nearly 250 animals Sunday from what they called “deplorable living conditions” on Sunday and say they’re charging the three adults involved with 3 counts of child abuse and 66 counts of animal cruelty.

The Edgewater Police Department said that it found the situation while responding to a request for a wellness check on three juveniles. And it was the girls’ father, who lived at the home with his wife and live-in girlfriend, who made the call, according to the Daytona Beach News-Journal.

The News Journal said that Gregg Nelson, 57, called police early Sunday afternoon and said he wanted to end his relationship with both his wife, Susan Nelson, 43, and girlfriend, Melissa Hamilton, 49, and take his children from the home he felt was uninhabitable. When police arrived, they agreed, finding the home “in deplorable living conditions,” according to the police statement.

“I have been to many bad houses but that is probably the worst house I’ve ever entered,” said Edgewater police Chief Joe Mahoney on Monday. “I felt bad for the little girls. It’s just sad.”

The home stank of urine and feces, rotting food was in the refrigerator, and some rooms were ankle-deep in garbage.

The girls, aged 8, 9, and 10, were taken by the Department of Children and Families and placed with another family member. The police department said it was accepting donations for the children.

Amanda Leclair, the managing veterinarian of the Edgewater Animal Shelter, said it appeared that the adults had been running a breeding operation.