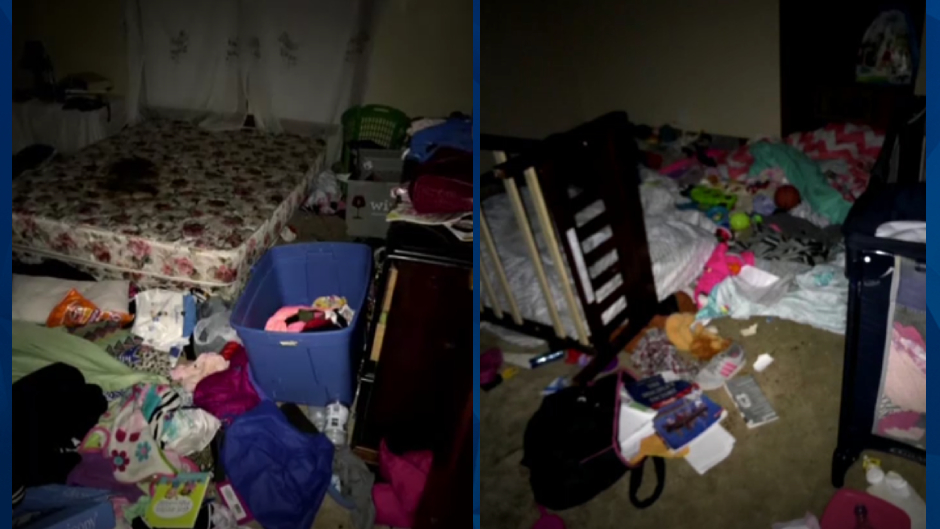 KWTX obtained images which showed the Temple home where Terric Boyd, 2, and Janea Boyd, 1, were reportedly found dead on September 30. Their mother, Terrikah Haynes, 36, was found conscious but unresponsive; two girls, ages 4 and 6, were rescued from the home.

KCEN reports that the bodies were discovered after the Salvation Army asked local police to conduct a welfare check. An arrest affidavit obtained by the news station stated that a neighbor told an officer that she had not seen the family for days. The officer wrote that he detected “the odor of decay”  while looking through a window at Haynes’ home.

Haynes was arrested on child endangerment charges on October 16. The temperature inside the home was reportedly 86 degree, and police said the home didn’t have electricity or running water. There were no potable fluids in the home, but empty 2-liter bottles of soda and empty juice boxes were found all over, according to the affidavit.

“The only food in the home was a few bags of dried beans and uncooked rice with no way to cook or prepare the beans or rice,” the document detailed. “The toilet was accessible, but there was no way to get rid of the waste and the bathtub did not appear to have any recent signs of use and had coffee beans in (it).”

Police described one of the girls as “very frightened” and wrote that she was on the floor next to Haynes.

KWTX reported that a person close to the family acquired the photos, which showed clothing scattered all over the home and an overturned bed and stroller. A photo that was possibly taken inside Haynes’ bedroom shows a stained mattress in addition to trash, clothing, and books scattered all over.

Haynes remains jailed on a $300,000 bond. The two girls will remain in state custody until a November 19 court hearing. Autopsies for the two toddlers are pending.