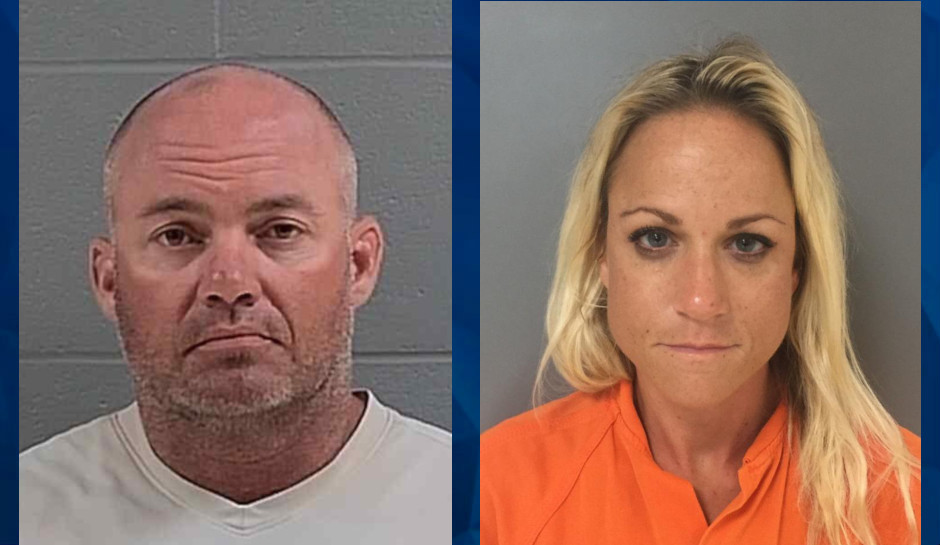 A Louisiana sheriff’s deputy and his junior high school teacher wife have been arrested and charged with dozens of counts of producing pornography with a child under 13 as well as rape and other charges, according to The Advocate.

Dennis Perkins, 44, had worked for the Livingston Parish Sheriff’s Office since 2002, working his way up to lieutenant and heading the SWAT team. Cynthia Thompson Perkins, 34, taught at Westside Junior High School in Walker. He was fired upon his arrest; she resigned.

The attorney general’s office said detectives launched an investigation after receiving a tip from the National Center for Missing and Exploited Children about the possible possession and distribution of child pornography. It wasn’t immediately clear how many victims were involved nor if any were local children, but Livingston Parish Schools spokeswoman Delia Taylor said she’d gotten no indication from the attorney general’s office that any of the children were from the district.

“It’s a sad day for all of us … when you arrest one of your own,” Livingston Parish Sheriff Jason Ard said, adding that he’d considered Perkins a friend.