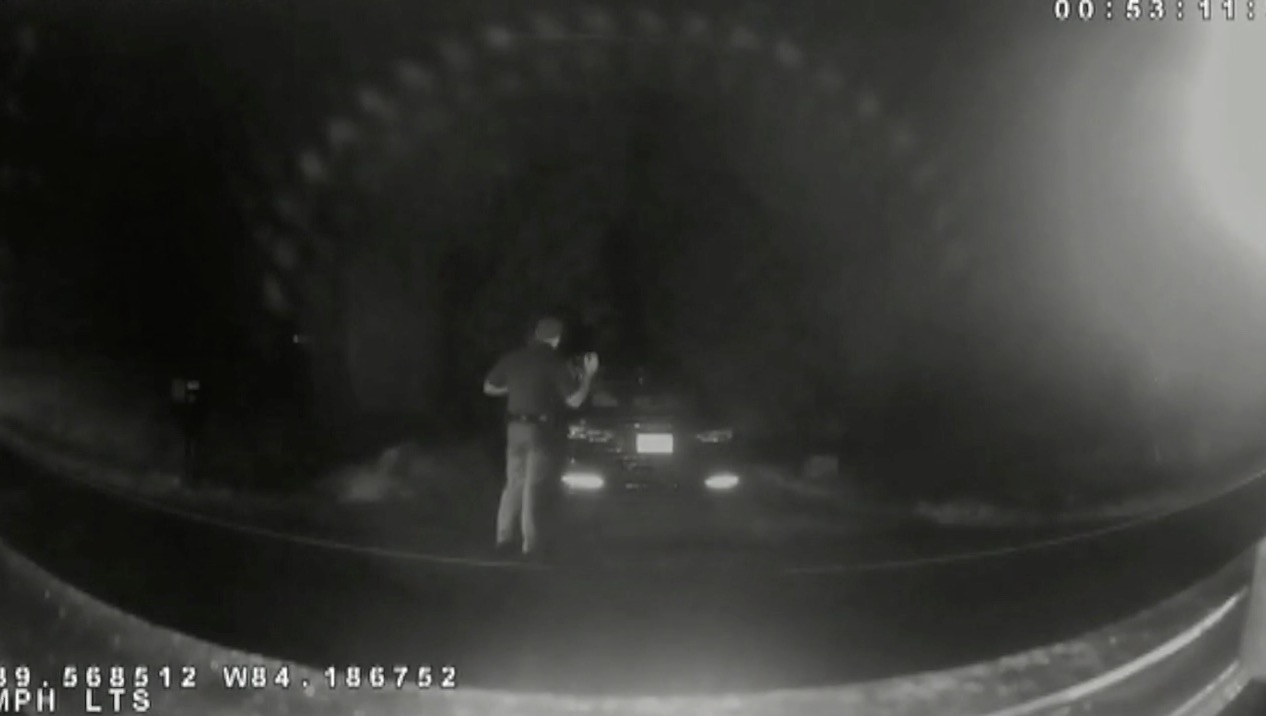 SEE IT: Cop spoke to victim MOMENTS BEFORE HE WAS KIDNAPPED, tortured for days

A Clearcreek Township police officer spoke with a 22-year-old man just moments before he was kidnapped and tortured for days by a man who allegedly locked him in a dog cage, new court documents in the case reveal, as reported by WHIO.

Dashcam video shows the interaction between Officer Daron Williams and the young man on October 15 as he parked his car at the edge of the driveway as directed by a man identified as Mongo, when he arrived at the property. The victim told investigators that he showed Williams his drivers license but Mongo refused to identify himself, saying he was on private property.

The victim rented a car and drove to the home, across the street from a fire station, because his ex-girlfriend called and told him she was being abused and needed his help to escape. Mongo, believed to be Christopher Edwards, was reportedly enraged that the victim had spoken with police and attacked him, eventually locking him in the dog cage in the basement of the home, court documents said.

He identified three men and two women who “struck, burn, tied, blind-folded and tortured” him on a blue lawn chair that broke as he struggled.

The young man escaped and ran to the nearest building — the fire station across the street. Firefighters were away on a call, so he stole an ambulance and drove it to Dayton Children’s Hospital — the address that came up when he typed “hospital” into the ambulance’s GPS, WCPO reported. WHIO said that he reported he was chased by an SUV during his escape on October 19.

Clearcreek police arrested Edwards, 38, and charged him with kidnapping and felonious assault. WHIO reported that Edwards’ arrest came after a search warrant was executed at a Clearcreek home, though it is not immediately known what was found.

According to WCPO, Clearcreek Township Sergeant Wallace Stacy said that Edwards was connected to a previous criminal case. Edwards’s girlfriend, identified as Brittany Russell, was shot and killed in 2016. Their child was found unharmed in a vehicle with Russell’s body inside, parked at an apartment complex in Dayton.

Edwards was never considered a suspect in Russell’s slaying. Brandon Carr, 35, was imprisoned for life for the murder while Curtis Howard Burdette, 39, is serving a 25-year maximum sentence in connection with her death. The child, Haven, was returned to Edwards but was not at the home where the kidnapping and assault took place, detectives said.

Though Edwards is the only one who has been charged for the alleged kidnapping and torture, court documents asserted that he had help from others.

Police told the news station that the victim remains hospitalized and is not coherent enough to speak with them about the ordeal.