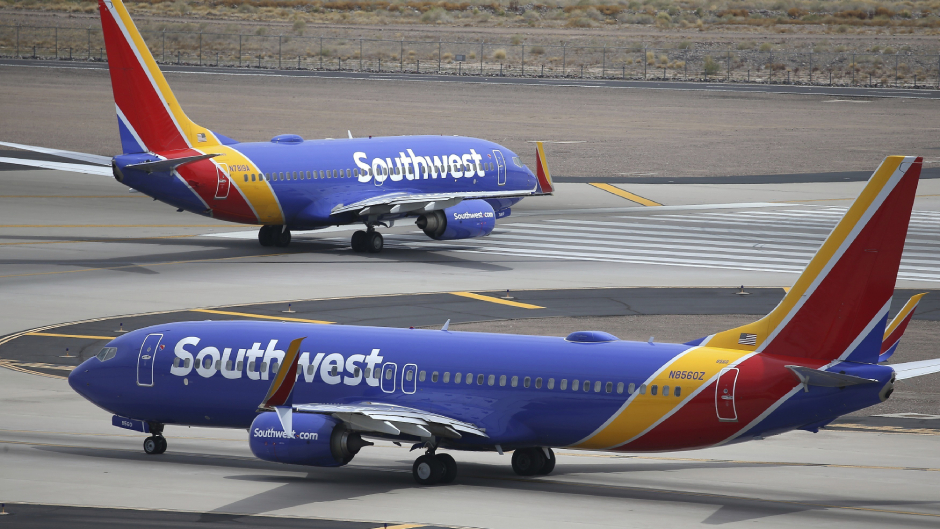 An Arizona-based flight attendant has sued Southwest Airlines, alleging that she spotted an iPad in a plane’s cockpit that showed video footage taken in the aircraft’s front bathroom.

According to the Phoenix New Times, Renee Steinaker and her husband filed a complaint against the airline in Maricopa County Superior Court on October 25. According to the federal lawsuit which was filed in August, the incident occurred when Captain Terry Graham had to use the restroom and called Steinaker to the cockpit, per protocol, during a February 27, 2017, flight from Pittsburgh, Pennsylvania, to Phoenix,

The flight attendant claimed the iPad was mounted to the window, left of Graham’s seat. She said the device was broadcasting video apparently shot in the plane’s front bathroom, as the alleged video showed Graham. Co-pilot Ryan Russell allegedly confirmed the video was being live-streamed from the lavatory but instructed her not to tell anyone about it and told her that the cameras were a new, secret feature on every 737-800 used by Southwest Airlines.

Citing the lawsuit, the New Times reported that Steinaker took a photo of the iPad and showed it to three co-workers. The employees allegedly reported the incident to the company, which promised an investigation.

Steinaker’s lawsuit also alleges that Graham had a loaded firearm in the cockpit—a direct violation of Federal Aviation Administration (FAA) guidelines, according to the report.

The complaint stated that Steinaker is seeking actual, consequential, and incidental damages for the distress she experienced due to the 2017 incident. She accused the airline managers of stalking and watching her in a bizarre manner in addition to subjecting her to an inordinate number of performance audits.

A Southwest Airlines spokesperson denied Steinaker’s allegations in an email to The Arizona Republic.

“Southwest will vigorously defend the lawsuit. When the incident happened two years ago, we investigated the allegations and addressed the situation with the crew involved,” the spokesperson wrote.

“We can confirm from our investigation that there was never a camera in the lavatory; the incident was an inappropriate attempt at humor which the company did not condone.”

The spokesperson reportedly declined to comment on how they know the pilots’ actions were an attempt at humor, how they are sure there were no cameras in the bathroom, and whether the two pilots were disciplined.