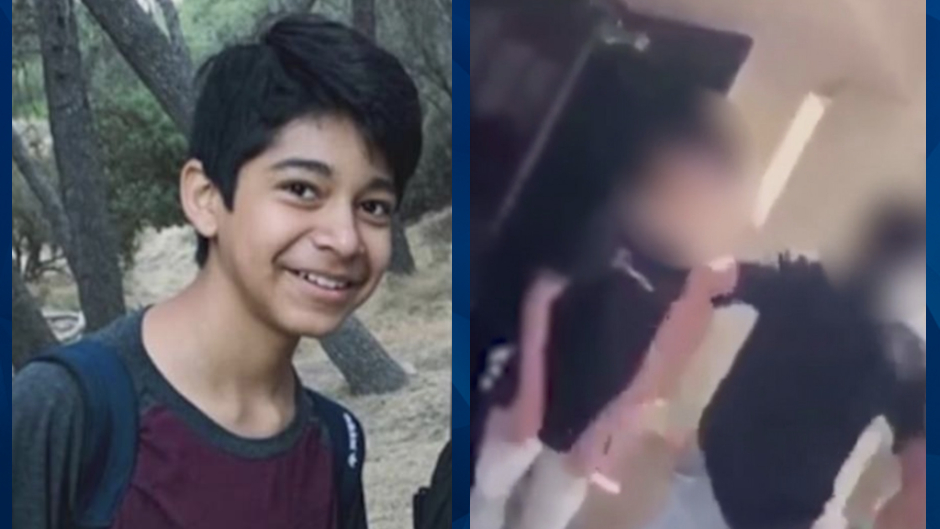 A deceased teen’s aunt and uncle are planning to sue a California school district. They claim their nephew told administrators that he was being bullied days before two students fatally assaulted him on school grounds.

The $100 million wrongful death claim against the Moreno Valley Unified School District alleges that Diego Stolz, 13, and his adult cousin spoke with Landmark Middle School assistant principal Kamilah O’Connor on September 13, a day after classmates physically and verbally harassed him.

Attorney Dave Ring said that during that meeting, Stolz identified his tormentors as his former friends who turned on him during the previous school year, according to KTLA.

The meeting reportedly ended with O’Connor telling Stolz’s cousin that the bullies would be suspended for three days, starting on September 16, and their class schedules would be changed. The assistant principal told Stolz that he could miss school the following day, which was a Friday, and return to school anew on Monday, according to the claim.

Stolz reportedly returned to school on Monday, but his bullies were there. The Los Angeles Times reported that the two boys attacked him at lunchtime with a series of sucker punches that left him on life support for nine days before his death.

The alleged attack was caught on a cellphone video that was posted to Facebook.

This happen at landmark middle school again. When is this going to STOP! When is Moreno Valley district going to take our children’s seriously. For my understanding the child that got punch and fail on the floor is now on life support. Those bullies needs to be in jail, I would say even through the parents with them as well. 😡😡 now in days kids have no respect or morals

The recently-filed claim also accused the assistant principal of failing to investigate allegations made by a science teacher after Stolz was punched the first time in September. The teacher reportedly informed O’Connor of Stolz’s claims and pressed her to review surveillance footage of the incident. Administrators are accused of looking at the footage after the deadly September 16 assault.

The Los Angeles Times reported that Stolz’s aunt and uncle, Juana and Felipe Salcedo, were raising the teen after his parents’ deaths. Calling the deadly incident “very preventable,” their attorney said they are “devastated” about their nephew’s death.

In addition to monetary damages, the Salcedos are asking for policy changes within the Moreno Valley Unified School District to prevent future instances of deadly bullying.

Meanwhile, Stolz’s accused attackers—two 13-year-old boys—have been charged with voluntary manslaughter and assault by means of force likely to produce great bodily injury. Authorities declined to reveal their identities due to their age.