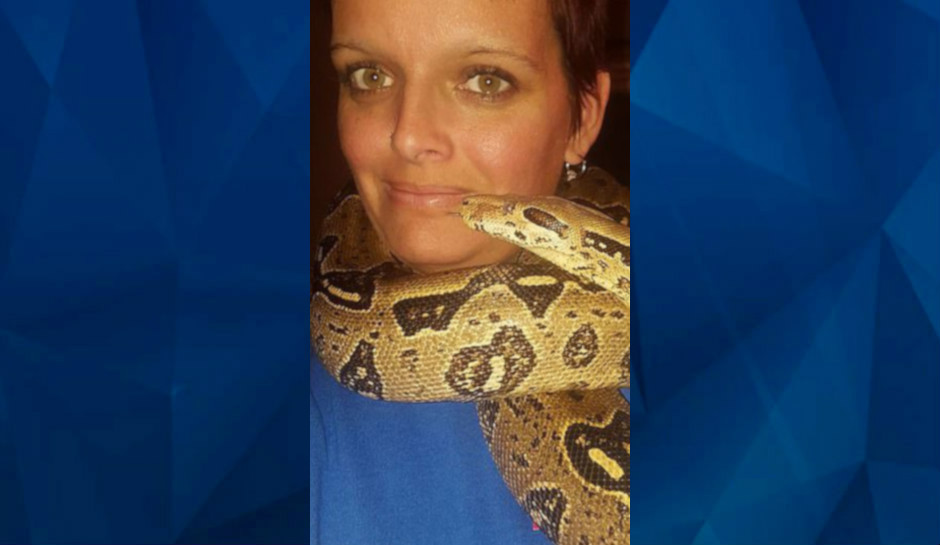 STRANGLED BY A SNAKE? Indiana woman found dead with 8-foot python around her neck

A 36-year-old woman was found dead Wednesday with an 8-foot python wrapped around her neck, lying of the floor of a house owned by by a county sheriff with 140 snakes inside, the Lafayette Journal & Courier reported.

Twenty of the snakes belonged to Laura Hurst, the woman who was found dead, Indiana State Police said, and she visited the house about twice a week. The house in Oxford, next door to Benton County Sheriff Don Munson’s residence, was set up to house the reptiles. Munson has bred snakes for sale for a number of years.

State police Sgt Kim Riley said Hurst appeared to have been strangled by the snake, a reticulated python, but investigators would have to wait for the autopsy on Friday to confirm. Riley said the snake was loosely wrapped around Hurst when she was found.

Munson told the Journal & Courier that he found Hurst at the house Wednesday evening. He said the woman’s death was a “tragic accident with loss of human life” and that he was “being fully cooperative with everybody.”

Reticulated pythons are native to south and southeast Asia and are known as the world’s longest snake. They can reach lengths of 21 feet, although that is rare, and weigh up to 165 pounds.