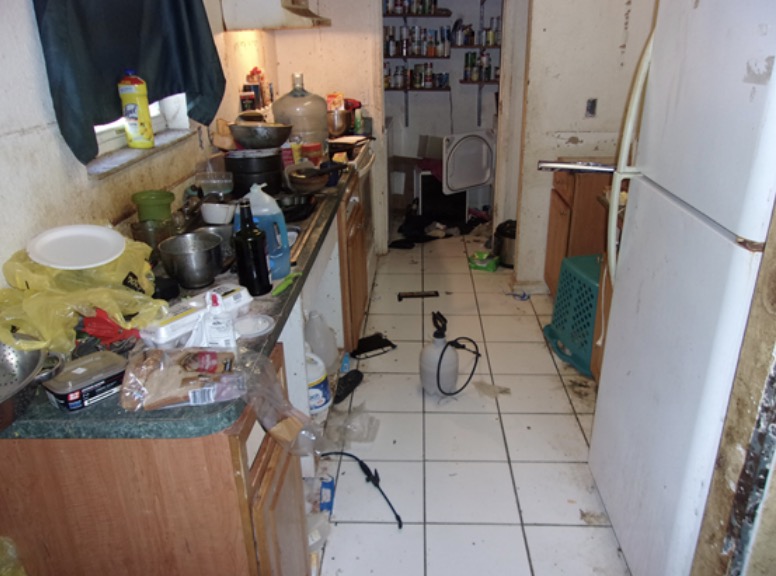 A 14-year-old girl called a Florida abuse hotline on Thursday, reporting that she was considering suicide because of the physical and emotional abuse she received as well as her horrid living conditions, the Flagler County Sheriff’s Office reported.

The girl told counselors on the call that she was being homeschooled but not learning much because she was instead spending all her time caring for four siblings (ages 6, 8, 9, and 12), along with three dogs, a rabbit, and two chickens. The parents, Betty Nicolicchia-Allen, 42, and Dennis Allen, 33, worked until late at night, she said.

Deputies were alerted to the call and responded to the Bunnell home, which they found “in complete disarray.”

“The grass in the front yard was high enough to hide a small child and littered with gas cans, beer cans, rust covered metal materials, and other trash,” the  sheriff’s office said. “The front porch of the home was covered in fecal matter from two chickens that freely roamed the property.”

The 14-year-old invited the deputies inside, where they found conditions even worse.

“Every room of the home contained an abundance of animal feces, animal urine, rotting food, roaches, and other flying insects,” the sheriff’s office wrote. “There was no edible food in the refrigerator and there was one bag of frozen chicken in the freezer. Some rooms were so littered with trash that deputies were unable to see the floor and their boots stuck to the filth-covered floors.”

Additionally, there was no running water in the house. The toilet appeared to have been used for days with no way to remove waste. The children told deputies they hadn’t bathed in several days and had to go to a fish camp to do so when they did.

The Department of Children and Familes took custody of the children, and the Allens were charged on Friday with five counts each of child neglect.