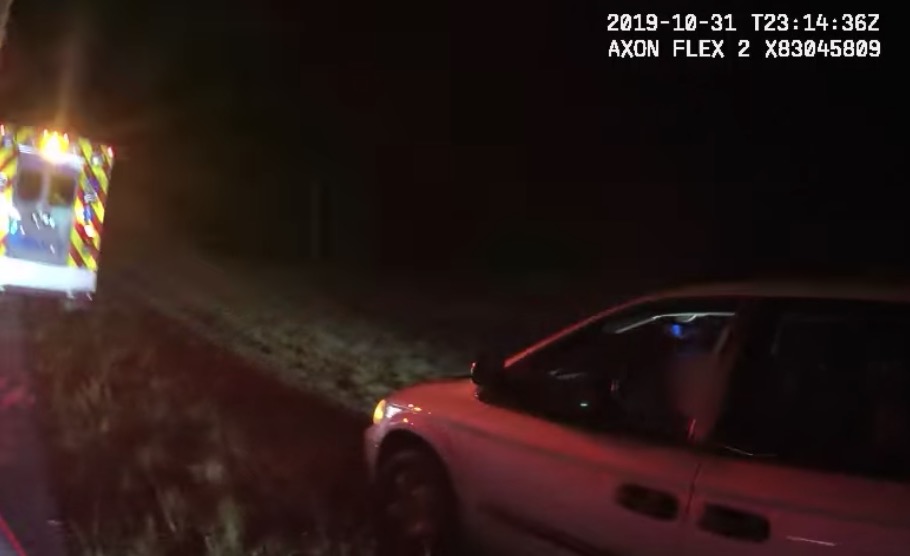 Volusia County, Florida, deputies responding to a 911 call from a terrified 12-year-old girl found her mother unconscious from a heroin overdose, with their car parked on the grass beside Interstate 4, the sheriff’s office said Friday.

Two other children, a 7-year-old boy and a 1-year-old boy, were also in the minivan Thursday night with Tiffany Smith, 28, who told officers she was on her way to South Carolina with the children when she felt back pain and pulled over to take some heroin to stop it.

Paramedics gave her a dose of Narcan and took her to a hospital for treatment. She’s been charged with child neglect.

The children were put in the custody of their grandmother, and two dogs in the minivan were taken in by Volusia County Animal Control.

Smith was in stable condition at the hospital on Friday and was not listed on the county’s website as having been booked into jail on Sunday afternoon.