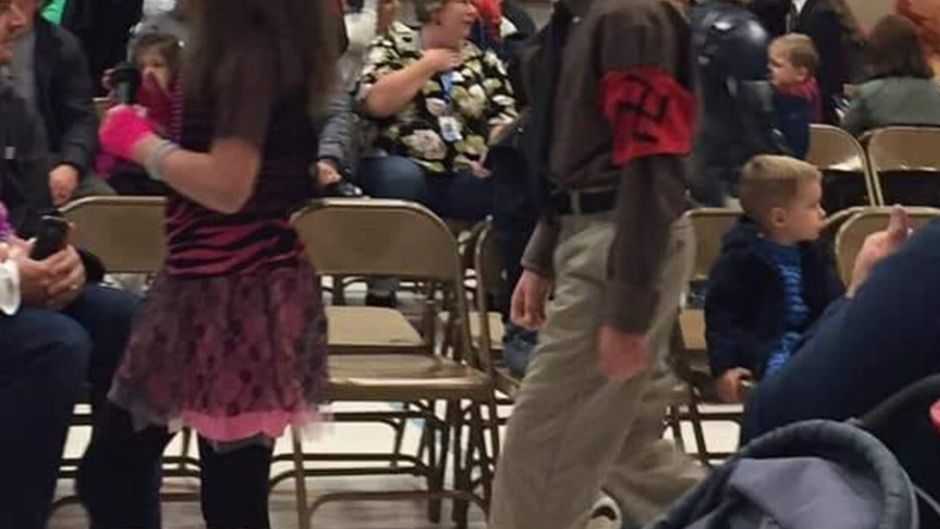 Photos and video posted online and obtained by KSTU show the unidentified student—dressed in a brown shirt, tan slacks, and red armband ornamented with a black swastika—at Creekside Elementary on Thursday. Two parents who witnessed the parade told the news station that the student also did the Nazi salute.

One mother claimed her third-grader son spotted the student after the parade, harassing minority students on the playground by directing the “Heil Hitler” salute towards them. She said she called the school about it that day—and was reportedly told that staff thought the student was dressed as Charlie Chaplin.

Another parent who spoke with KSTU said the boy made two laps around the school during the parade. During the first lap, according to the parent, the boy did the Nazi salute.

The Davis County School District has since apologized for the reported incident. While officials have not publicly identified the two faculty members who were placed on leave, the K-6 school’s website lists Steve Hammer as the principal.

“[The district] does not tolerate speech, images or conduct that portray or promote hate in any form,” the statement read, according to The Salt Lake Tribune. “The district is taking the matter very seriously and is investigating every aspect of the situation.”