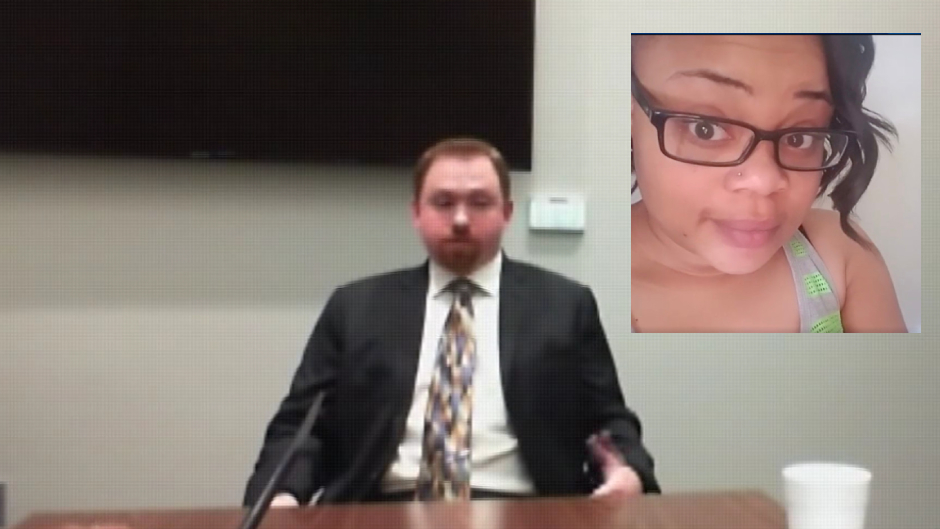 WATCH: Officer who shot & killed young Texas woman inside her home says he has ‘no problem’ killing someone

A Texas officer who fatally shot a resident in her own home last month was filmed saying, without hesitation, that he has no issue killing someone during a recently-released job interview video.

KXAS obtained footage of Aaron Dean’s 2017 interview with the Fort Worth Police Department. During the 17-minute video, a five-officer review panel asked Dean about lethal force. He responded that he has “no problem” using it if necessary.

Dean was also filmed telling the panel about an incident in college that resulted in him pleading no contest to simple assault. During the interview, he reveals that he inappropriately touched a girl who was flirting with him to “see where it would go.”

He mentioned that the girl “rightfully” escalated the situation before saying he has learned from his mistake.

Two years later, Dean, 34, is accused of firing into a bedroom window and fatally wounding resident Atatiana Jefferson, 28, during a welfare check on October 12. Leading up to the shooting, a neighbor had reportedly called a non-emergency police line after noticing that the doors to Jefferson’s home were open and lights were on.

Bodycam footage from the night in question shows Dean inspect the perimeter of the home before yelling “Put your hands up! Show me your hands!”

Dean then fired into a bedroom window, killing Jefferson.

KXAS also obtained Dean’s training records for his first and last years on the job.

In his first year, the evaluator reportedly wrote that Dean had tunnel vision and hearing. The report indicated that Dean needed to improve his communication with the public and other officers. A favorable evaluation from this spring stated that Dean was performing on a level seen in more experienced officers, according to the news station.

Dean resigned from the police department shortly before he was charged with second-degree murder in Jefferson’s shooting death. He has pleaded not guilty and remains free on bail.