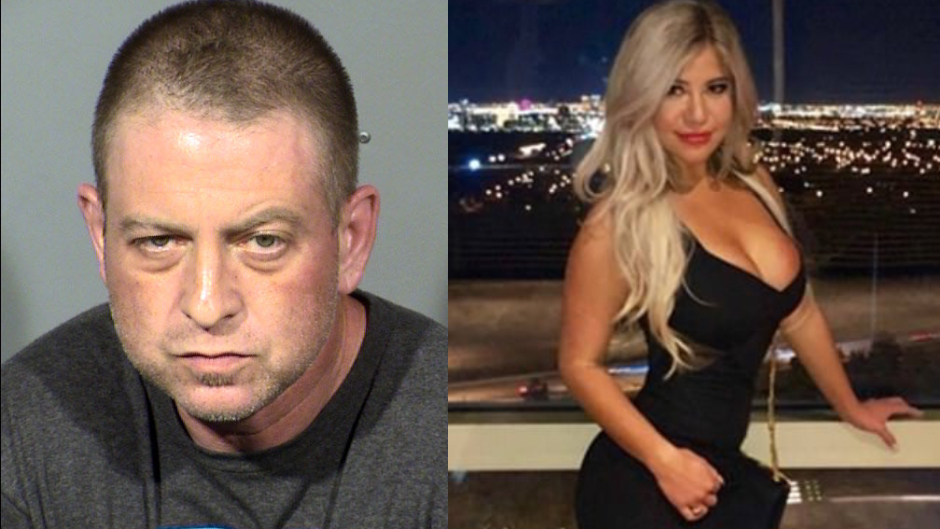 A Nevada man pleaded not guilty on Tuesday in connection with the strangling death of a woman who was reportedly found encased in concrete last month.

Christopher Prestipino, 45, is facing murder, kidnapping, and conspiracy charges in connection with the death of Esmeralda Gonzalez, 24. Gonzalez’s body was found inside of a 250-gallon water tank that had been covered with concrete and wood in a deserted area near Glendale, according to the Las Vegas Review-Journal.

Gonzalez was reported missing in late May after her brother reportedly found her home ransacked. He told KNTV that Gonzalez suffered from various mental health issues and she had not taken her medications in the weeks leading up to her disappearance.

Las Vegas Metropolitan Police Department homicide Detective Tate Sanborn told grand jurors who ultimately indicted Prestipino that the slain woman’s body was wrapped in blankets and tape was wrapped around her head and neck. Sanborn also said her body was bound by ropes and adjustable straps, according to the Review-Journal.

Gonzalez reportedly lived one-tenth of a mile from Prestipino. Prosecutors showed jurors a picture of Prestipino’s bedroom—which had a dancing pole at the foot of the bed and studio lights over the window.

Prosecutors alleged that Gonzalez was tied up in the bedroom before Prestipino strangled her and injected her with pool cleaner.

Citing a witness, Chief Deputy District Attorney Pamela Weckerly wrote that Prestipino admitted to killing Gonzalez after getting her high on methamphetamine. He was unaware of Gonzalez’s mental health issues and she became erratic and was “speaking in the devil’s tongue,” Wreckerly said.

In addition to Prestipino, authorities charged his roommate, Casandra Garrett, 39, and his girlfriend, Lisa Mort, 31, in connection with Gonzalez’s death.

Garrett, who was arrested last month in Wisconsin, is facing murder, kidnapping, and conspiracy charges for allegedly strangling and poisoning the victim. She was reportedly also seen cleaning up a garage after the slaying.

Mort has been in custody since August for an unrelated drug charge. She was charged with harboring, concealing or aiding a felon.

Prestipino remains jailed on a $500,000 cash bail. A court date is scheduled for next week. Garrett is awaiting extradition to Nevada.