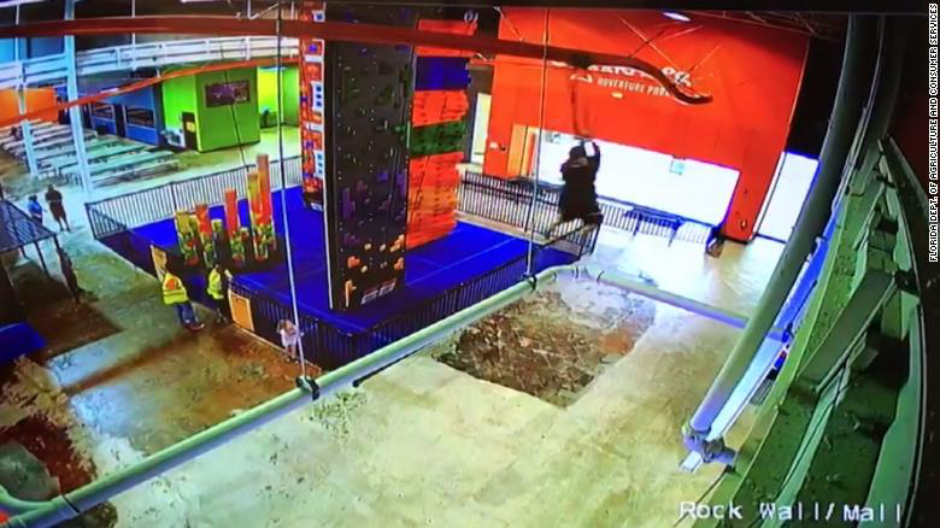 A Florida mother sued an adventure park on Monday, alleging that her 10-year-old son was seriously injured when he fell from their zip line.

The Tampa Bay Times reported that Kimberly Barnes filed a lawsuit against UATP Management, the company that owns Urban Air Adventure Park, for a September 1 incident on their “Sky Rider” which resulted in her son undergoing multiple surgeries.

The boy was attending his best friend’s birthday party when he reportedly lost his grip on the front ropes and plummeted 20 to 25 feet onto the concrete.

Barnes, who was not at the park that day, received footage of her son’s fall from his best friend’s mother. Her attorney told The Tampa Bay Times that the boy suffered a brain injury, several broken ribs, and a punctured lung.

The family is seeking damages exceeding $15,000, alleging that Urban Air employees did not check or properly secure the boy’s harness before the ill-fated ride began.

Further, Barnes’ attorney said three park employees were operating the ride—and that none of them secured his straps or ensured that he was properly buckled in.

“They put his harness on like a jacket, and that was the end of it,” he said.

In a statement to WFTS, Urban Air Adventure Park officials said they are taking the matter “very seriously” and have retrained all staff on all attractions. They also said that the employees involved in September’s incident are no longer with the company.