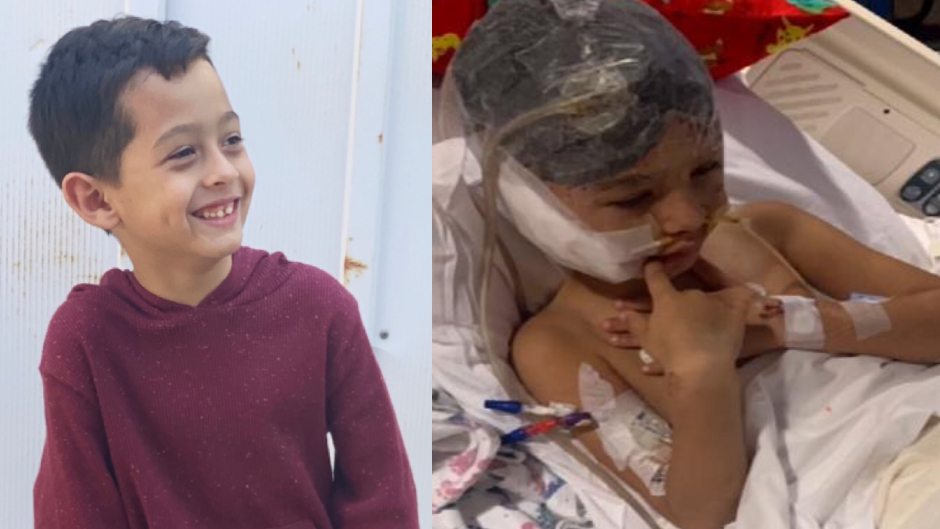 Pit bull RIPS OFF boy’s scalp & ears during attack in his own yard: Report

A 6-year-old boy in Texas will likely spend months in the hospital for injuries he reportedly sustained last week when a pit bull attacked him in his yard.

KOSA reported that the boy, named Noah, had his scalp torn to the bone, lost both his ears, and had his cheeks ripped open outside of his Monahans home. The family told the news station that Noah’s grandmother was inside and unaware that he was in the yard at the time of the incident.

While it is unclear what preceded the attack, Noah reportedly claimed that he played dead and endured several bites from the canine before it finally left him alone.

Noah’s mother, Kianna Johnson-Medellin, told KOSA that days before the attack, she had taken in the pit bull for her friend for a few days. She claimed the dog was docile towards her and her son, adding that it barely even growled.

“It’s a scary thought to know that an animal could go from being so loving to everything shifting,” Johnson-Medellin said.

It is not immediately known whether Johnson-Medellin was caring for the pit bull at the time of last week’s attack. A week after the incident, the mother spoke with the pit bull’s owner—who reportedly agreed to have the dog euthanized after seeing the boy’s injuries, according to the news station.