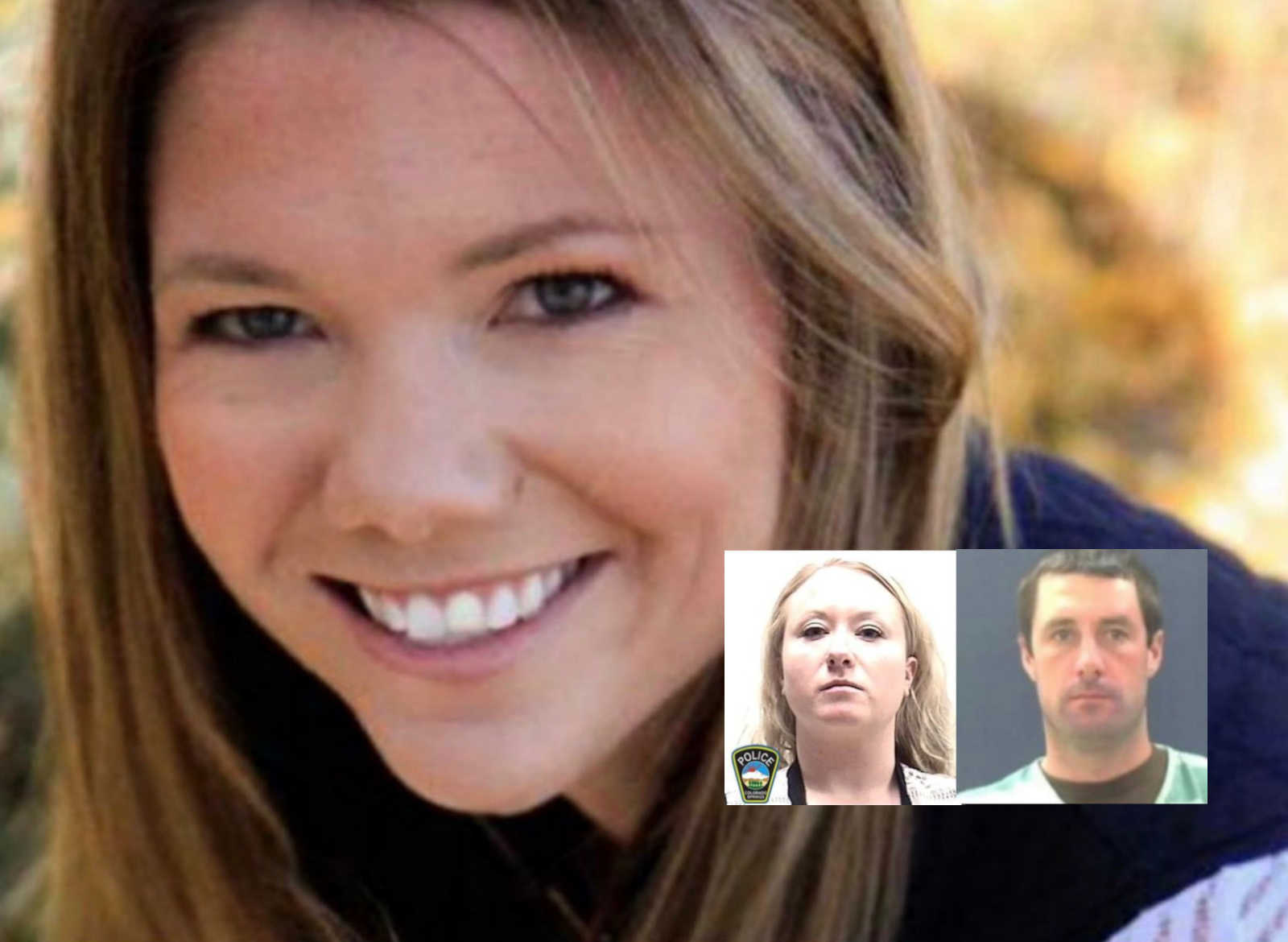 ‘No body, no crime’: Long time friend tells court Patrick Frazee had ‘figured out a way’ to get rid of Kelsey Berreth

Testimony in the murder trial of Colorado rancher Patrick Frazee ended for the holiday weekend on Friday with an explosive statement from long time friend Joseph Moore, who said he considers Frazee like a stepson.

Moore, who said that he had known Frazee since he was a pre-teen, told the court that the rancher said to him in April 2018, seven months before Kelsey Berreth’s disappearance, that he had “figured out a way” to kill her.

“He said, ‘No body, no crime’” Moore testified, according to the Denver Post.

Prosecutors believe Frazee killed Berreth, the mother of the couple’s young daughter, with a baseball bat on Thanksgiving Day 2018 and burned her body on his ranch, enlisting his mistress, Krystal Lee, to clean up Berreth’s townhome, where the murder took place, and destroy the evidence.

Frazee has pleaded not guilty to the charges, but Lee pleaded guilty to a lesser charge, tampering with evidence, in exchange for her testimony against Frazee, as CrimeOnline has previously reported. She wrapped up two days of testimony on Thursday, detailing how Frazee asked her three times to kill Berreth for him, but she couldn’t do the deed. Finally, she said, he killed her himself and had her drive down from Idaho to help him hide the murder.

Prosecutors called other witnesses on Friday to corroborate Lee’s testimony, including her father, Sidney Kenney, as well as cadaver dog handlers and law enforcement agents. But Moore’s testimony ended the day in dramatic fashion.

Moore told the court that he recalled speaking with Frazee about a week after Thanksgiving, before Berreth had been officially reported missing. In that chat, Moore said Frazee told him he had blood from a nosebleed Berreth had on his clothes, and was concerned about it. Moore also testified that he had met Berreth on two occasions, the first time when she was helping move Frazee’s calves but didn’t know how to handle the work.

“He berated her horribly,” Moore said, the Denver Channel reported. “He yelled at her, cussed at her, just terribly.”

Moore said that Frazee used the “no body, no crime” line on several occasions, once in the summer when they were discussing the movie “True Lies” and after Berreth’s disappearance when he and Frazee traveled to take care of cattle.

“Why are they even investigating this? If there’s no body, there’s no crime. What are they even after me? What do they think they’re going to find?” Moore testified that he recalled Frazee saying.

And then, on December 20, Moore said that Frazee told him in a phone call he was surprised that Berreth’s disappearance had attracted national attention.

“Then he said, ‘Man, if I had known it was going to blow up this big I never would have … ’” Moore testified. “Then he trailed off.”

Earlier in the day, Sidney Kenney told the court that he saw both Lee and her ex-husband on Thanksgiving Day 2018, the day Lee testified Frazee killed his fiancee, Kelsey Berreth, and that he was at her Idaho home until about 6:30 p.m. He also testified he saw Lee the following evening, November 23, about 7 p.m. and then again late on November 25 or 26.

Lee testified that she left Idaho on November 23 at about 6 p.m. and drove 12 hours to Colorado at the behest of Frazee, who told her she had “a big mess to clean up,” indicating Berreth’s alleged murder scene. She left Colorado for the return trip on the evening of November 24 and arrived the following morning.

Kenney also testified that he’d never met Frazee but knew of him from his daughter’s discussions about him eight to ten years earlier and didn’t like what he heard. About Lee, he said he remembered “that she was really soft-hearted,” a statement the judge told the jury to disregard, The Gazette reported.

Lee, who previously went by the name Krystal Kenney, pleaded guilty to a charge of tampering with evidence in return for her testimony against Frazee, who has pleaded not guilty to multiple charges, including murder. The defense has portrayed Lee’s plea deal as a reason to distrust her testimony.

Other testimony on Friday corroborated Lee’s testimony about changing her work schedule after Thanksgiving so she could go to Colorado and surveillance footage from a fast food restaurant in Teller County, Colorado, showed Lee early in the afternoon on November 24, the Denver Channel said.

Surveillance video from a gas station between 4:27 p.m. and 9:40 p.m. on November 24 appears to show multiple comings and goings from Frazee’s truck and the black Volkswagen Lee borrowed from a friend for the trip to Colorado. Colorado Bureau of Investigation agent Chris Adams, who was a commander with the Woodland Park Police Department at the time of the investigation, testified that Frazee and Lee arrived at the gas station at about the same time, then left together in the Frazee’s truck.

About two hours later, the truck returns, and the Volkswagen drives away. According to Lee’s testimony, she drove the truck back to the gas station and exchanged it for the car, which had in it the plastic bags from the alleged murder scene clean-up. Another two and half hours later, the Volkswagen returns, and both vehicles leave in opposite directions. Prosecutors have said they believe Frazee and Kenney were traveling to and from the site where Berreth’s body was burned, along with other evidence from the crime scene.

FBI agents testified about forensic evidence gathered at the alleged burn site, saying that it matched with Lee’s descriptions of what happened there. A pair of teenagers testified that a few days after Thanksgiving they helped clean up at the ranch after a large bonfire. And in the last shovel of dirt the agents sifted through on December 21, investigators found what they believed to be a human tooth, FBI Special Agent Donald Peterson testified.

Dog handlers testified Friday afternoon, saying that their dogs alerted on a few sites at Berreth’s townhome, the alleged burn site, a nearby barn, and a few other sites.