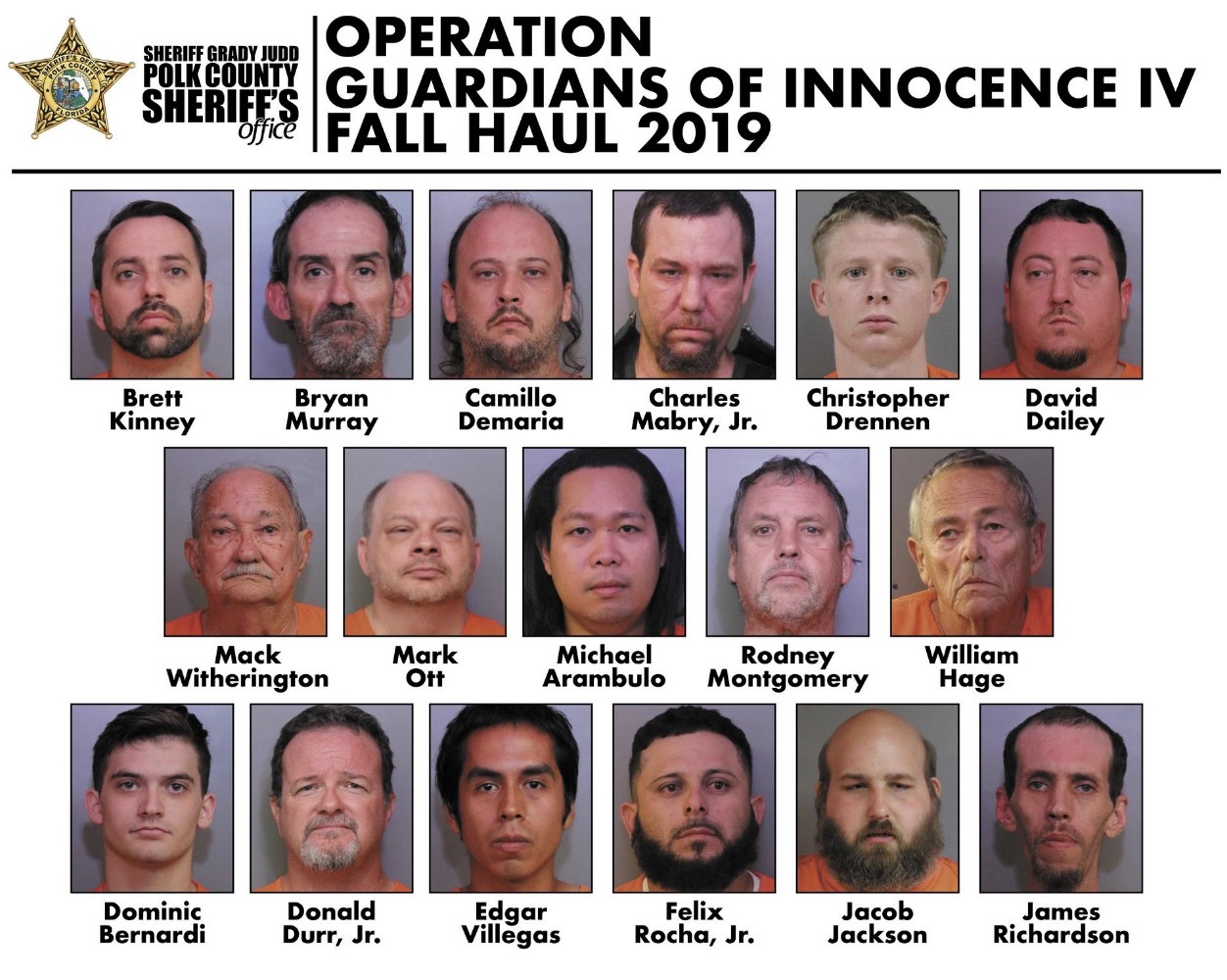 A month long investigation in Polk County, Florida, netted 17 men on hundreds of charges relating to child pornography and solicitation of a minor for sex, the Polk County Sheriff’s Department announced on Friday.

A former middle school assistant principle and two Disney employees — a custodian and a guest experience manager — were among those picked up in the operation, Bay News 9 reported.

Sheriff Grady Judd held a 45 minute news conference to detail the arrests, showing photos of each man and talking about the crimes they’ve been charged with.

“The people arrested during this operation prey on the most innocent and vulnerable among us — our children. The undercover detectives who investigate these crimes have to see things that nobody should have to see, and no child should have to experience. Each one of these arrests has removed a predator from our streets, and the internet,” Judd said.

The arrested men ranged in age from 19 to 77. The 19-year-old was University of Central Florida student.  William Hage, 76, racked up the most charges — 253, including 252 counts of possession of child pornography, all girls, including an infant. Hage retired 14 years ago after working in the Polk County School District for 30 years.

Durr, the custodian, reportedly told investigators, “I’m a pervert, but I’m not a monster.” the sheriff said.

“Are you kidding me?” Judd said. “I agree with the first part of your statement — you are a pervert. But here’s a newsflash: You’re also a monster with a capital M.”

In a separate operation, Judd’s deputies arrested 14 other men for failing to register as sex offenders, Fox 13 reported.