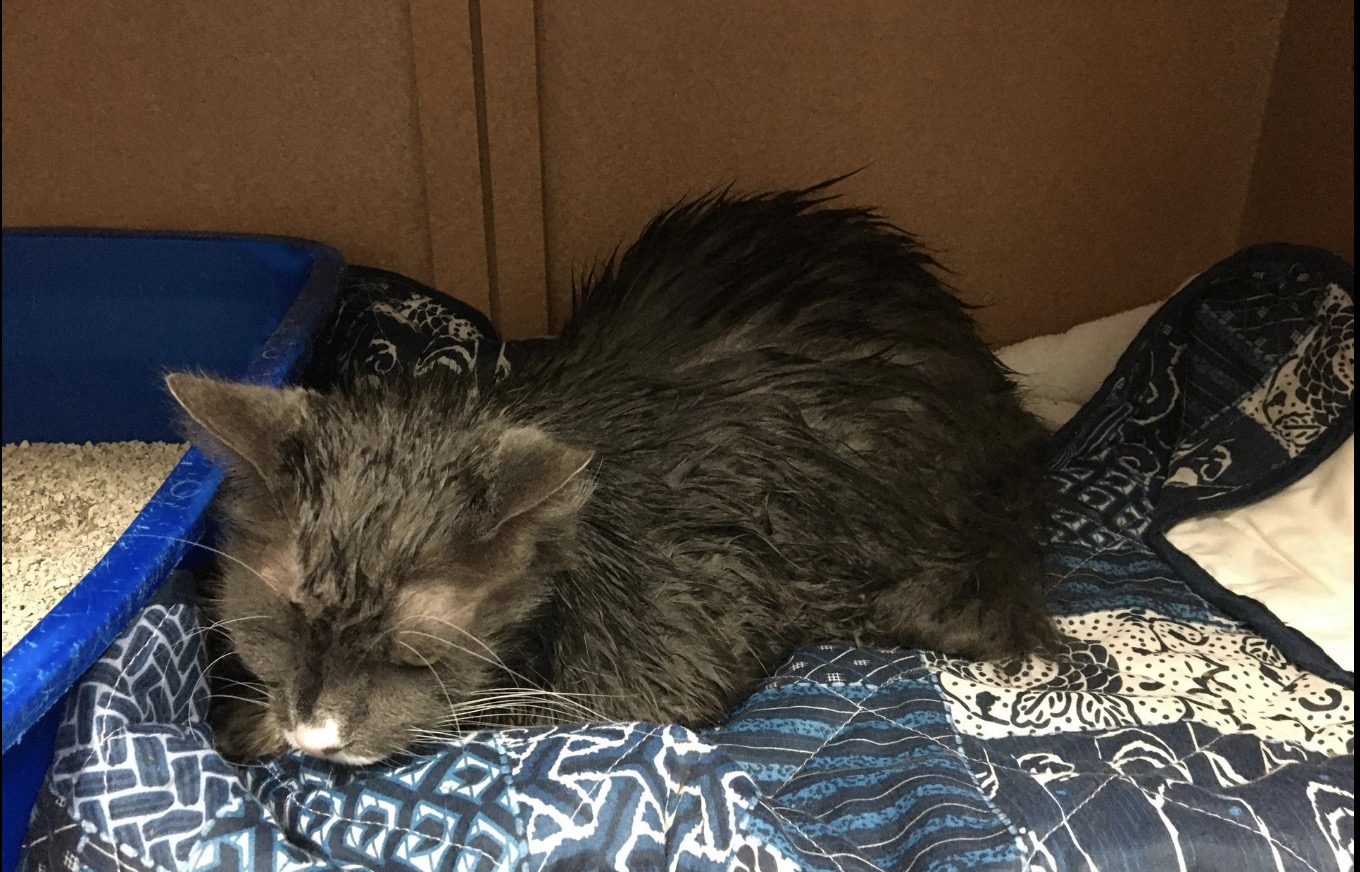 A Florida woman has been charged with animal cruelty after she tried to drown a cat in a drainage culvert, the Daytona Beach News-Journal reported.

The Edgewater Animal Shelter took custody of Hubble the cat and reported he was “doing well.”

An Edgewater police officer responded to a call from a witness who said he was driving by when he saw Amanda Goodwin in the culvert with the cat.

“She was shoving the cat’s head in the culvert pipe and putting dirt on the cat,” said the witness. “I’ve never seen a cat pant like a dog. Its gums were white.”

Jason O’Keefe also told officers he called them because Goodwin made little sense other than to say “she was taking the cat to Jesus.”

Officers reported they found both the cat and Goodwin, 37, wet and muddy and that she later told them Hubble was “hot,” and she took him to the culvert for water, Fox 35 reported. The News-Journal said she told officers she had been locked out of her nearby house by her grandmother.

“The cat was covered in mud, mewing, shaking and appeared to be terrified,” the police report said.