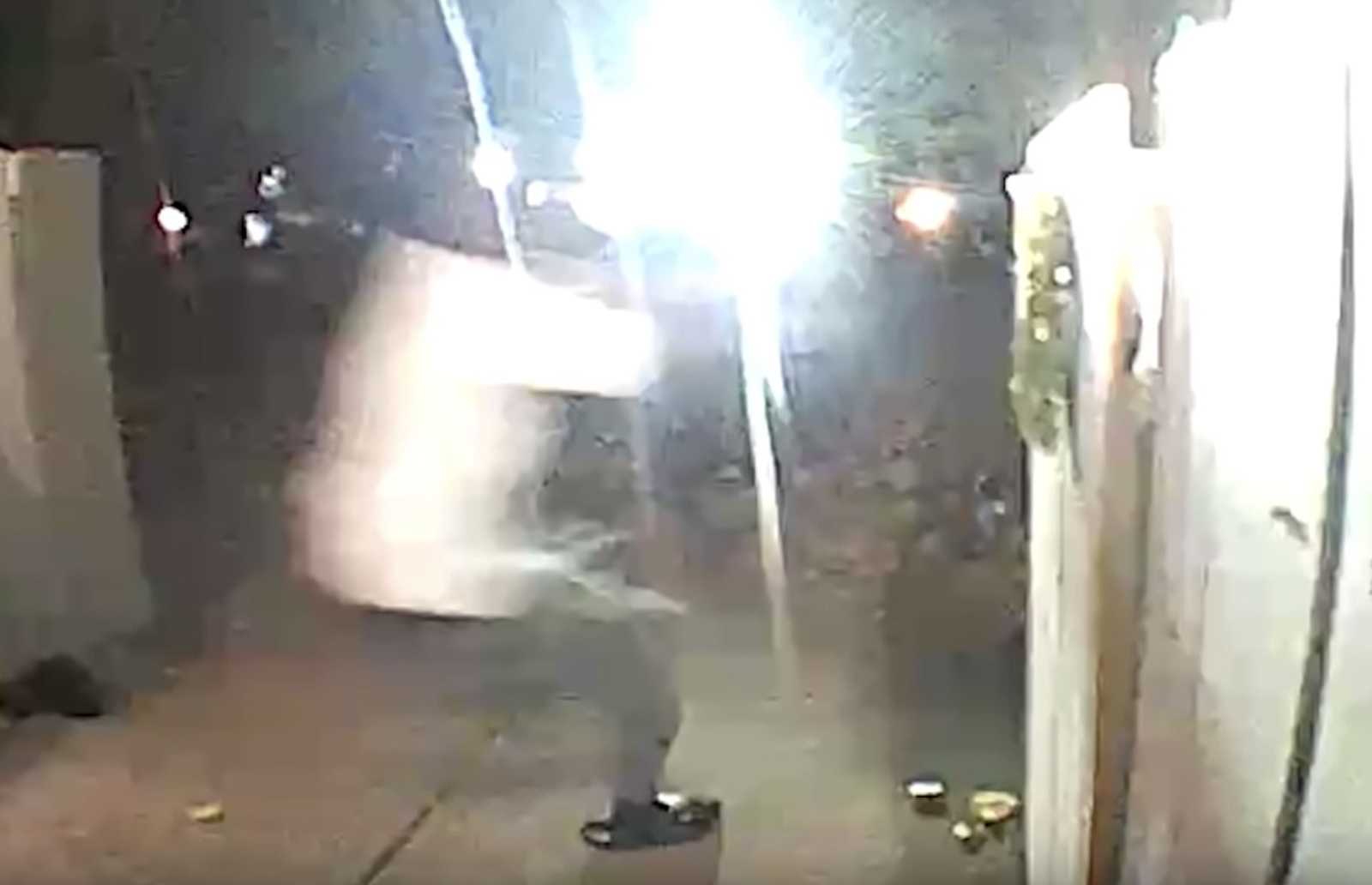 WATCH: Deputies kill suspect after he ‘executes’ girlfriend in front of them

Shocking video released by the Sacramento County Sheriff’s Office this week shows a deadly scene play out after a car crashed into a tree in Carmichael, California on October 27.

In the end, Earnest Easterling is dead in a hail of bullets from deputies, and Chanell Brown is dead from a single gunshot fired by Easterling before deputies could react.

The video includes three 911 calls and commentary from sheriff’s spokeswoman Sgt. Tess Deterding as well as the unsettling video.

Prior to deputies’ arrival on the scene, the camera captures Easterling assaulting Brown with the gun in his hand, telling her “You got the police called on me” as she shouts to someone off-camera, “Lock your door! Lock it!” “When they come, I’m blasting you!” Easterling yells.

At one point, Easterling leaves the area and returns with a much larger magazine for his gun.

When deputies arrived on the scene just after midnight, they were met by a witness who told them the potentially deadly altercation was unfolding, and that he man had a gun. They called to Brown to come away with her hands up and for Easterling to put the gun down.

Brown complied, walking away from a home security camera with her hands in the air. As she reaches the fence, Easterling rushes out and fires a single shot at her. The deputies open fire.

Paramedics pronounced both dead on the scene.

Deterding said the deputies weren’t wearing body cams, and their dashcams were pointed the wrong way to capture the scene. She also said that Easterling had legally purchased the gun he used in 2017.

The deputies involved in the shooting were placed on paid administrative leave during the investigation. They had been with the sheriff’s office for 4, 12, and 21 years.