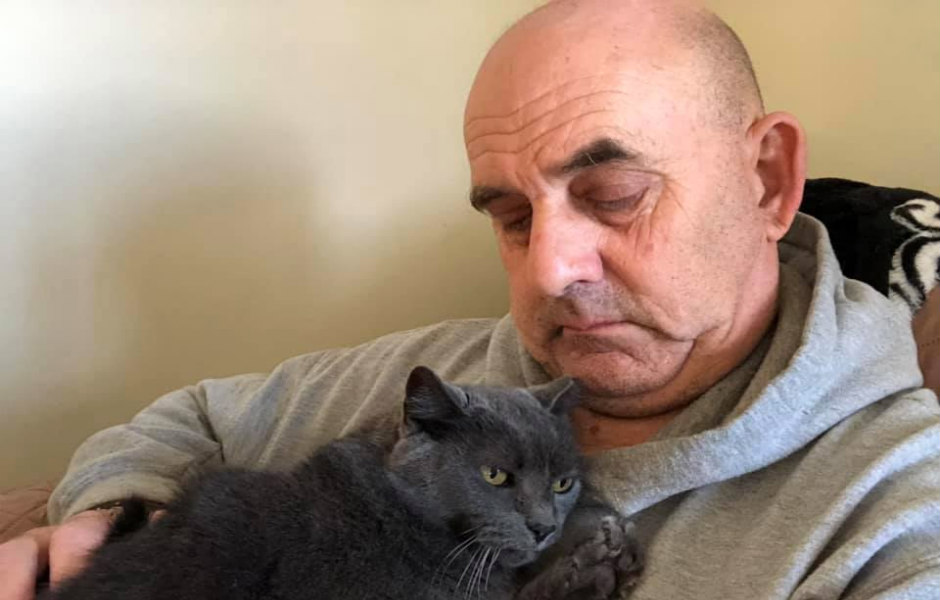 A Philadelphia teen is accused of beating a military veteran and prominent animal rescuer inside his home this week, the Philadelphia Inquirer reports.

Prosecutors have charged 14-year-old Ajahnae Smaugh with murder, tampering with evidence and obstruction of justice, among other alleged crimes.

Sources told WPVI-TV that Chernoff was attacked with a 2×4 board studded with nails.

On Tuesday, police went to Chernoff’s residence because of a report from a neighbor. Officers found Chernoff in his bedroom, partly tied to a bed with significant head wounds and slashes on his chest. He was pronounced dead at the scene.

Surveillance footage appears to show Smaugh walking through the home’s living room and washing her hands in the kitchen. She then looked inside Chernoff’s refrigerator and freezer before exiting the house.

Chernoff had the nickname “Alley Cat.” He was known for rescuing cats and was featured on the National Geographic TV’s reality show “Rescue Ink” about tattooed bikers who work to end animal abuse.

Chernoff had been a long-time building maintenance supervisor at the Philadelphia International Airport.

Authorities recovered 11 cats from his home after his death, in addition to three turtles and tow frogs.

Smaugh surrendered to police on Thursday.

A GoFundMe page has been created to collect donations for Chernoff’s funeral costs and to help fund further animal rescues.

Angelo Ruffo, a friend of Chernoff, told the television station he will be missed.

“Al was amazing,” Ruffo said. “Anything you needed he would do. He was known for building shelters for all the feral stray cats in the city. He was a good man.”

The relationship between the victim and teen, or whether they knew each other at all, is unclear at this time. Check back for updates.