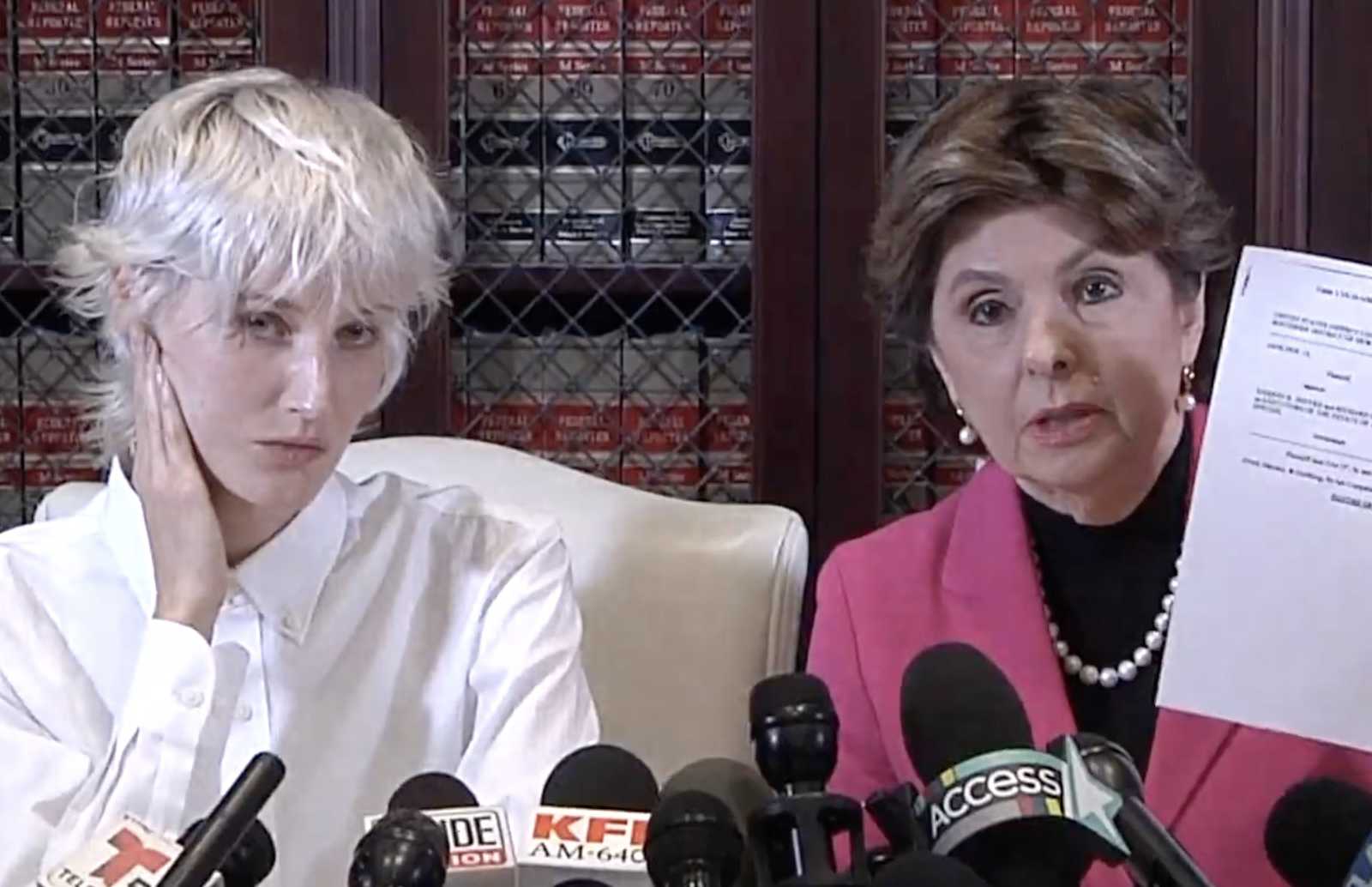 A 31-year-old California woman has filed suit against the estate of convicted pedophile Jeffrey Epstein, claiming that he raped her when she was 15.

The woman, identified only as Jane Doe 15, spoke at a news conference in California on Monday with her attorney, Gloria Allred.

“I only knew Jeffrey Epstein for 5 days during a trip to Zorro Ranch … in New Mexico,” she said, reading a statement. “Epstein took my sexual innocence in front of a wall of framed photographs of him shaking hands with and smiling with celebrities and political leaders. I was only 15 years old.”

According to the lawsuit, he subjected her to a “vicious, prolonged assault.”

Jane Doe 15 filed suit in the Southern District of New York, naming Darren Indyke and Richard Kahn, executors of Epstein’s estate, as defendants. Epstein was found dead in his Manhattan jail cell in July as he awaiting trial on sex trafficking charges, for which he faced 45 years in prison, according to NBC News. The medical examiner ruled his death a suicide. Two days before, Epstein put his estate into a trust and signed a will, according to the New York Times.

The lawsuit says that Jane Doe 15, who lived in northern Michigan at the time, met Epstein’s secretary when she was visiting New York with her school class. Her sister lived in New York and already knew him, the suit says. She was invited to Epstein’s Manhattan townhouse and subsequently to his New Mexico ranch.

She flew with several other girls on Epstein’s private plane, the suit says, and the financier gave her a tour, beginning with the bedroom and its soft, foam floors. She said Epstein bragged about the powerful people he knew and told her the seat on the plane she chose was the one where his “good friend Bill Clinton always chose to sit,” Fox News reported.

At the ranch, the lawsuit says that Jane Doe was sexually assaulted by one of Epstein’s female associates, a woman with red hair, before her encounter with Epstein himself. The court documents say he gave her a new pair of underwear and photographed her in them, along with a check for $5,000 and several hundred dollars in cash.

At the end of the five days, she said, “I left Zorro Ranch with a deep sense of shame.”

She said she turned down an invitation to travel to his home in the Virgin Islands.

Allred said that Doe provided a victim impact statement in August along with other women who have accused Epstein after his death.

Doe and Allred also spoke about the United Kingdom’s Prince Andrew, calling on him to explain what he knows about Epstein to law enforcement. In an interview with the BBC this weekend, the royal described Epstein’s house as a “railway station” with people coming in and out.

“Well, a lot of the people in his homes that were coming in and out in New York, in Palm Beach, in the Virgin Islands and perhaps in London … were minors, underage girls,” Allred said. “He should have asked, why are these girls here? Are they working here? What is their job? Are they going to school? Where are their parents? Are they living here? Are they living some place else? Why are they traveling from one place to another?”

The lawsuit does not name Prince Andrew or accuse him of any wrongdoing.