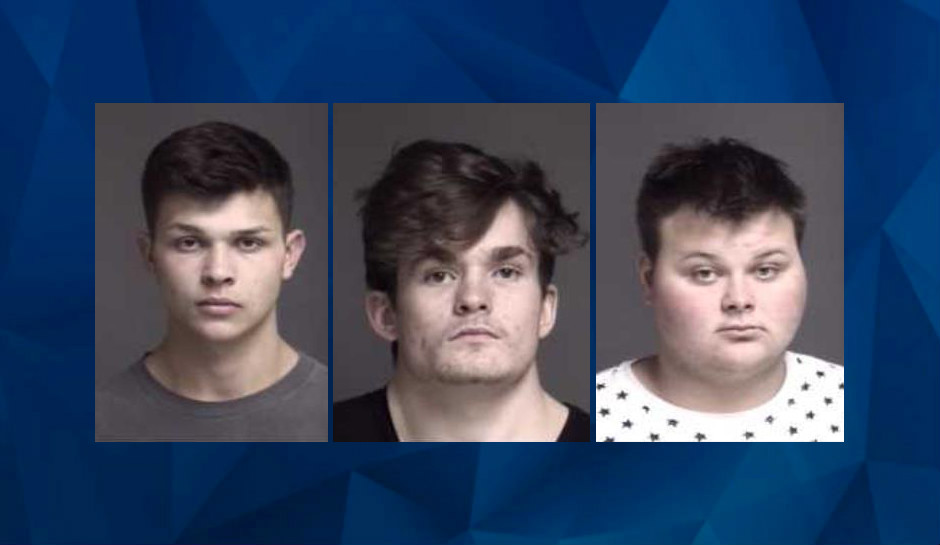 Three Ohio men have been charged with raping an unconscious 17-year-old girl and publishing parts of the rape to Snapchat.

Quentin Smith and Alexander Wood, both 18, were arraigned in Warren County Common Pleas Court in Mason on Wednesday. Dominic Cboins, also 18, is scheduled to be arraigned on November 22, Fox 19 said.

A grand jury indicted all three men on Monday.

Prosecutors said the assault took place at the Mason Inn on April 6 after a night of hard partying, according to the Journal-News. Warren County Prosecutor David Fornshell said the victim drank a bottle of rum and was in and out of consciousness, unable to give consent or resist the three men.

“This particular victim didn’t have any idea the extent of what had happened because she was passed out. During the course of the evening, two of the two defendants were sending out Snapchat photographs that were showing her passed out and being sexually assaulted,” he said. Fornshell said the girl is clearly unconscious in the videos.

After hearing that Wood had been in contact with the victim since the assault, the judge ordered both Smith and Wood to have no contact with her or any other minors, except family members, if they post the $25,000 bail he set, Fox 19 reported.