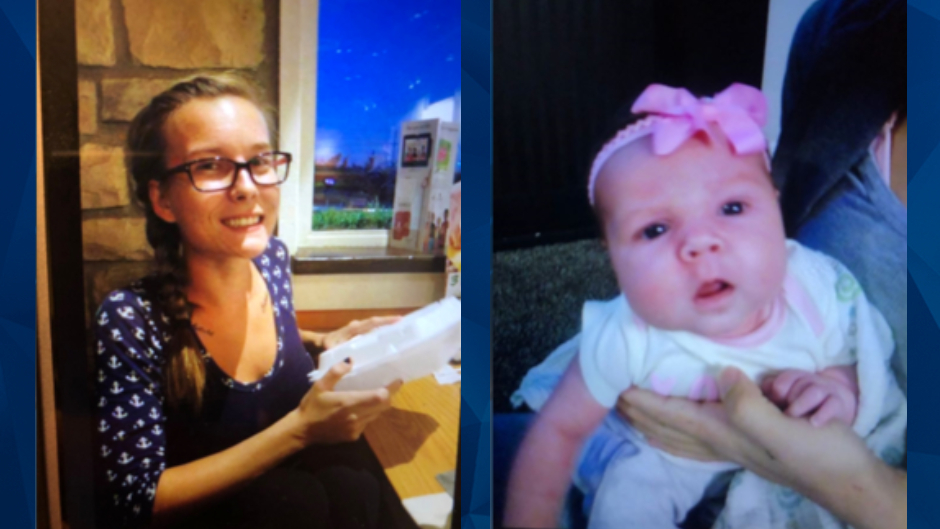 AMBER Alert mother of missing baby claims she was in coma when her mother was given custody, insists she is baby’s legal guardian

A woman accused of taking her 3-week-old daughter from the baby’s maternal grandmother on Wednesday afternoon — sparking an AMBER Alert in Utah —reportedly does not have legal custody of her child.

KOVR reported that Taylor Webb, 25, drove from Modesto, California, to Clinton, Utah, to take her newborn daughter, Audrey Westfall, from her mother, who has temporary guardianship. While their exact whereabouts are unknown, Webb said in a declaration obtained by the news station that she escaped from her mother’s home on November 20 and that she and her daughter are “safe” in California with her boyfriend and his family.

In the document, Webb claimed her mother illegally obtained custody of her daughter, nullifying the order and making her the legal guardian. She explained that she was placed in a medically-induced coma due to complications while giving birth to her baby. Sometime during Webb’s hospitalization on November 2 to 14, her mother was awarded temporary custody — something Webb said occurred without her being properly served.

Following Westfall’s birth, allegations arose that the child’s father was abusive. Webb claimed she was coerced into signing over temporary custody and agreeing to live with her mother in Utah.

Webb denied the abuse claims against the baby’s father, and instead accused her mother of abuse; writing that she filed a police report against her mother for pushing her while she held her newborn daughter.

She wrote, “When I got to her home, the abuse began almost immediately. She said that she had ‘custody’ of Audrey and she was her ‘guardian.’ She handed me some papers and began literally ‘lording’ over me. I quickly learned that her serving me with papers was invalid; she is the party to the guardianship action.”

Webb’s lawyer, Granite Bay Attorney Joe Weinberger, told KOVR that her client and child are “safe and sound” in California. Though Weinberger has reportedly refused to disclose the pair’s whereabouts, Clinton police have confirmed the attorney has contacted them.

Weinberg went on to call the AMBER Alert an “overreaction” and dismissed it as an instance of law enforcement being “overzealous.”

In response to Webb’s declaration, Clinton police told KUTV that they have made contact with California officials and learned that the temporary guardianship order in Utah remains in effect.

“Our number one priority of this investigation has been the safety of Audrey, so aside from third-party statements, the whereabouts of the child are still unknown and her safety is yet to be verified,” police said. “We will continue to act in good faith with regard to this investigation in verifying Audrey’s safety.”