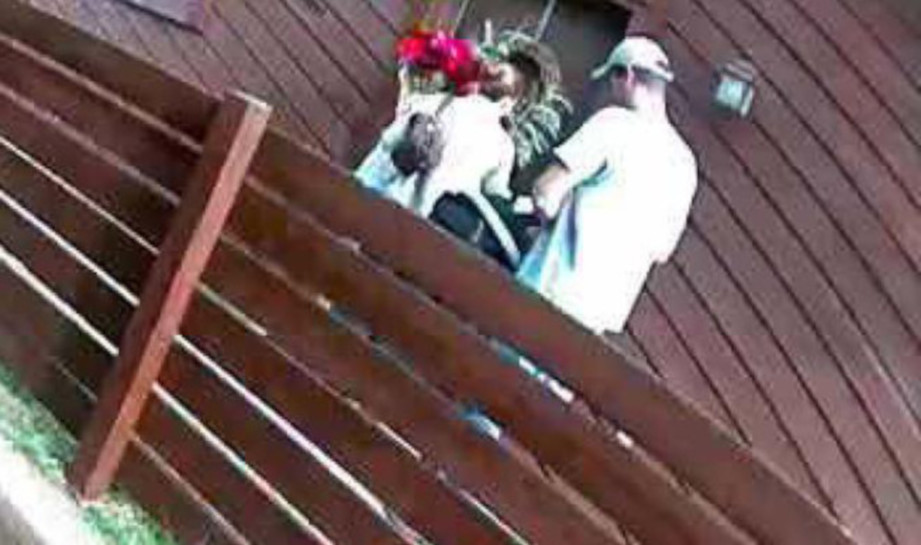 Colorado prosecutors on Friday released a stash of imagery used to convict Patrick Frazee in the death of his fiancee, Kelsey Berreth — a year to the day since she was last seen.

Among the photos is the last known picture of Berreth, an image captured by her neighbor’s security camera at about 1:30 p.m. on November 22, the day prosecutors say Frazee bludgeoned the young mother to death and later burned her body to cover up the crime. In it, Berreth and Frazee are seen entering Berreth’s condo with daughter Kaylee.

Frazee was sentenced to life in prison without parole plus 156 years, to be served consecutively, for soliciting his mistress, Krystal Lee, to kill Berreth. Lee couldn’t do the deed and instead turned state’s witness. She testified that she cleaned Berreth’s condo after Frazee had killed her and helped him burn the evidence.

The 4th Judicial District Attorney’s Office also released a series of timelines prepared for the jury by investigators. The timelines show movements, phone calls, and texts to and from the major players from November 22 through December 4, 2018: Read more from CrimeOnline about Berreth’s death and Frazee’s trial.