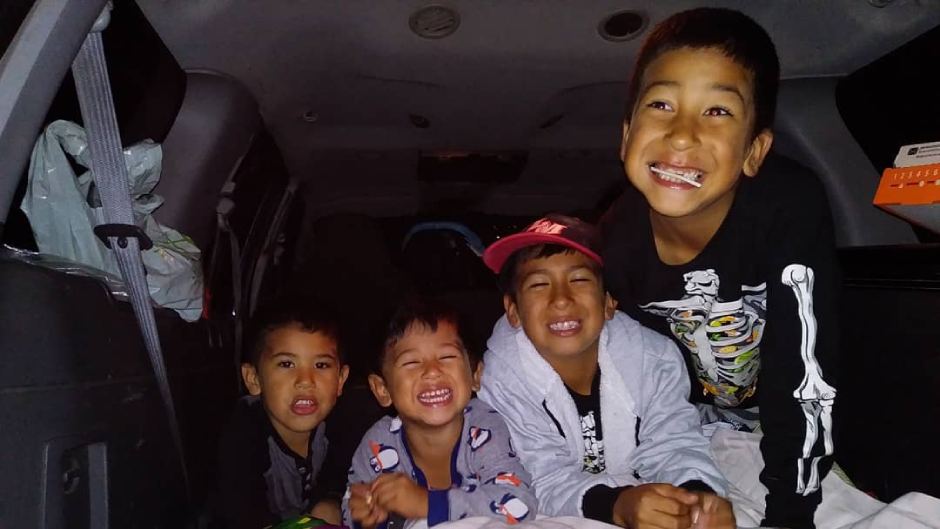 The boy’s mother, who died in the slaying, had obtained a restraining order against her estranged husband a day before the murder-suicide

A California boy who has been on life support since his father reportedly shot him and killed his mother and three siblings died from his injuries on Saturday night.

Ezekiel Valdivia’s grandmother confirmed the 9-year-old’s death at Rady Children’s Hospital to KNSD. The boy remained in a coma since undergoing emergency surgery on November 16, and his relatives decided to take him off life support after tests detected no signs of brain activity.

The boy was the only survivor after his father, José Valdivia, 31, allegedly fatally shot his siblings, Zeth Valdivia, 11; Zuriel Valdivia, 5; and Enzi Valdivia, 3; and his mother, Sabrina Rosario, 29, at his family’s Paradise Hills home before his father turned the gun on himself.

Rosario had obtained a restraining order against her estranged husband a day before the slayings. The San Diego Times-Union reported that the couple had split in December and Rosario filed for divorce in June. A relative told the news outlet that Rosario sought to divorce her husband after he cheated on her twice.

José Valdivia allegedly repeatedly called Rosario and arrived at her home without notice. Rosario said he became transfixed on the possibility that she was in a new relationship.

Prior to the murders, José Valdivia allegedly sent Rosario a picture of a handgun alongside beer cans and a bottle of alcohol.

KSWB reported that an argument could be heard in the background of a 911 call which was placed from the home on the morning of the shooting. Responding officers inspected a back window and reportedly spotted a child on the floor, covered in blood.

The parents and the youngest child were pronounced dead at the scene while the three other boys were transported to the hospital.

The family said Ezequiel Valdivia will have his organs donated.