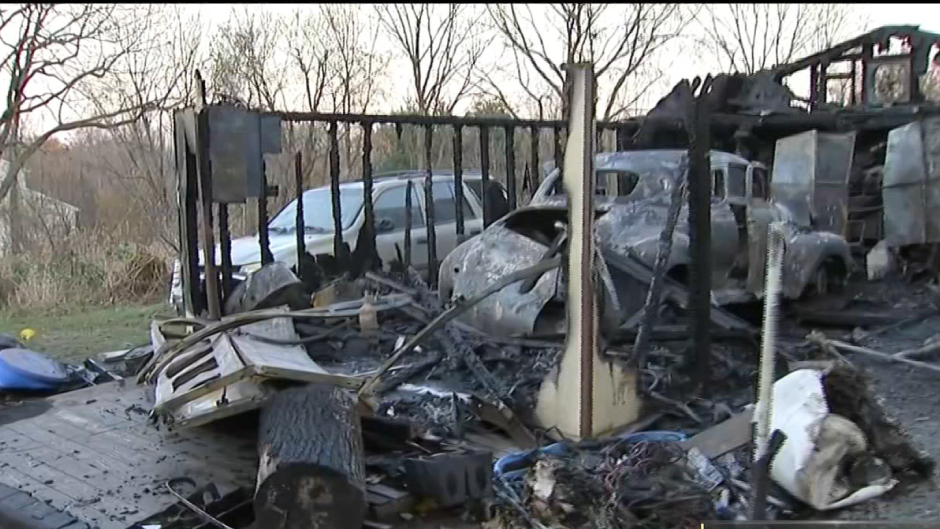 Hammer-wielding suspect bludgeons couple to death — then sets himself on fire in garage: Officials

Pennslyvania officials said it will take weeks to positively identify a man who allegedly bludgeoned a couple to death with a hammer before lighting himself on fire in the victims’ garage.

WCAU reported that firefighters responding to a large garage fire at a Berks County home on Saturday afternoon discovered the unidentified body. The bodies of  Joanne Deluca, 63, and her boyfriend, Ira Reed, Jr., 60, were reportedly located in the living room. Police said that the couple’s two cats and two dogs were also found dead at the home.

Pennsylvania State Trooper David Beohm said on Monday that one of the victims was found on the floor and the other was in a recliner. The Berks County Coroner’s Office confirmed the couple died from blunt force trauma while the unidentified man died from smoke inhalation as the result of a suicide, according to LehighValleyLive.com.

The unidentified man was said to be burned beyond recognition and it will take approximately three weeks to identify him through DNA testing.

State police Lieutenant Scott Brennan told NBC News that it is “fair to say” that Deluca’s adult son is a suspect in this case — with Boehm revealing that he remains unaccounted for since the apparent double murder-suicide. The slain woman’s son is reportedly in his 40s and lived with the couple.

Boehm commented, “One of our veteran investigators said it was the worst crime scene he’d ever seen.”