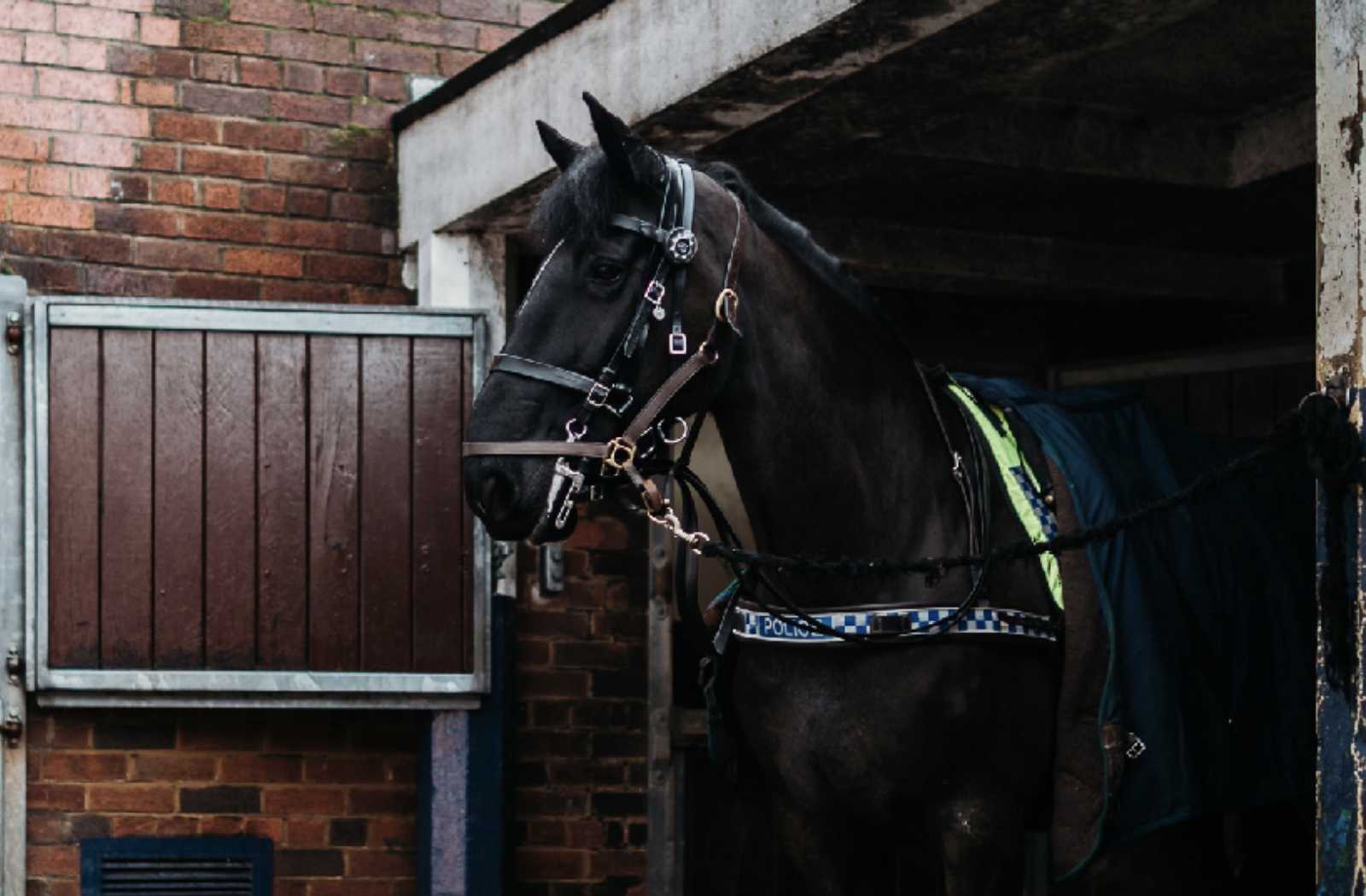 Jake has been on the job for 15 years, so maybe he thinks it’s just his due. Or maybe he’s just the most British horse ever, but the Merseyside police mount absolutely refuses to start his morning without a nice hot cup of tea. Some days, his human friends say, he won’t even get out of the stable until he’s been served.

The members of the Merseyside Mounted Police Section oblige the 17-hand Cleveland Bay cross too, although they may have just grown a little weary of a giant horse tongue dipping into their own cups every morning.

“I’d definitely describe Jake as a horse with a lot of character,” section manager and trainer Lindsey Gaven told the Daily Mail. “We’ve all learnt his tea order — he’ll deal with one sugar, but is definitely happier when you remember to give him two. If you’re at the side of the stable and he sees you with a mug in your hand, you can guarantee he’ll trot on over to try and steal a slurp.”

And don’t forget the skim milk or the little bit of cold water so the brew isn’t too hot. This is a horse who knows what he likes.

Jake is 20 years old, his trainer said, and due to retire next year. Meanwhile, he’ll keep doing his job watching over soccer matches and the annual Grand National at Aintree Racecourse.

Merseyside police also say Jake isn’t fond of getting his fur trimmed “and will kick up a fuss when it’s time to be done.” And, they say, he’s quick to undo his rope if he’s unhappy with how it’s done.