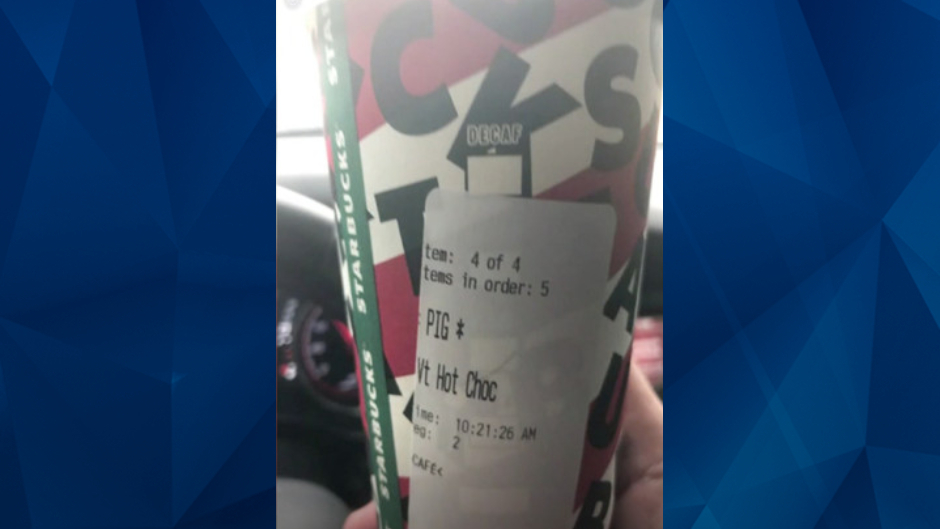 A police officer in Oklahoma reportedly received coffee cups from Starbucks which were labeled with the word “PIG.”

Kiefer Police chief Johnny O’Mara wrote in a Facebook post that an officer in his department was buying coffees for his fellow dispatchers for Thanksgiving when he received the cups with the inflammatory label. The police chief said he called the Starbucks and was told that they would “replace the coffee with a correct label.”

Referring to the coffee cups, O’Mara wrote, “It’s another tiny symptom and a nearly indiscernible shout from a contemptuous, roaring and riotous segment of a misanthropic society that vilifies those who stand for what’s right and glorifies the very people who would usher in the destruction of the social fabric. It’s another tiny pinprick into the heart of men and women who are asking themselves more often: “Why am I doing this?”

A Starbucks spokesperson told KTUL that they have directly apologized to the officer involved in Thursday’s incident. They also said that the employee in question has been suspended pending an internal investigation.

The officer who reportedly received the cup told the news station that the employee who printed the label personally apologized to him and claimed it was meant to be a joke.

So… one of my on-duty officers decides to do something nice for our dispatchers. It’s Thanksgiving Day; our…