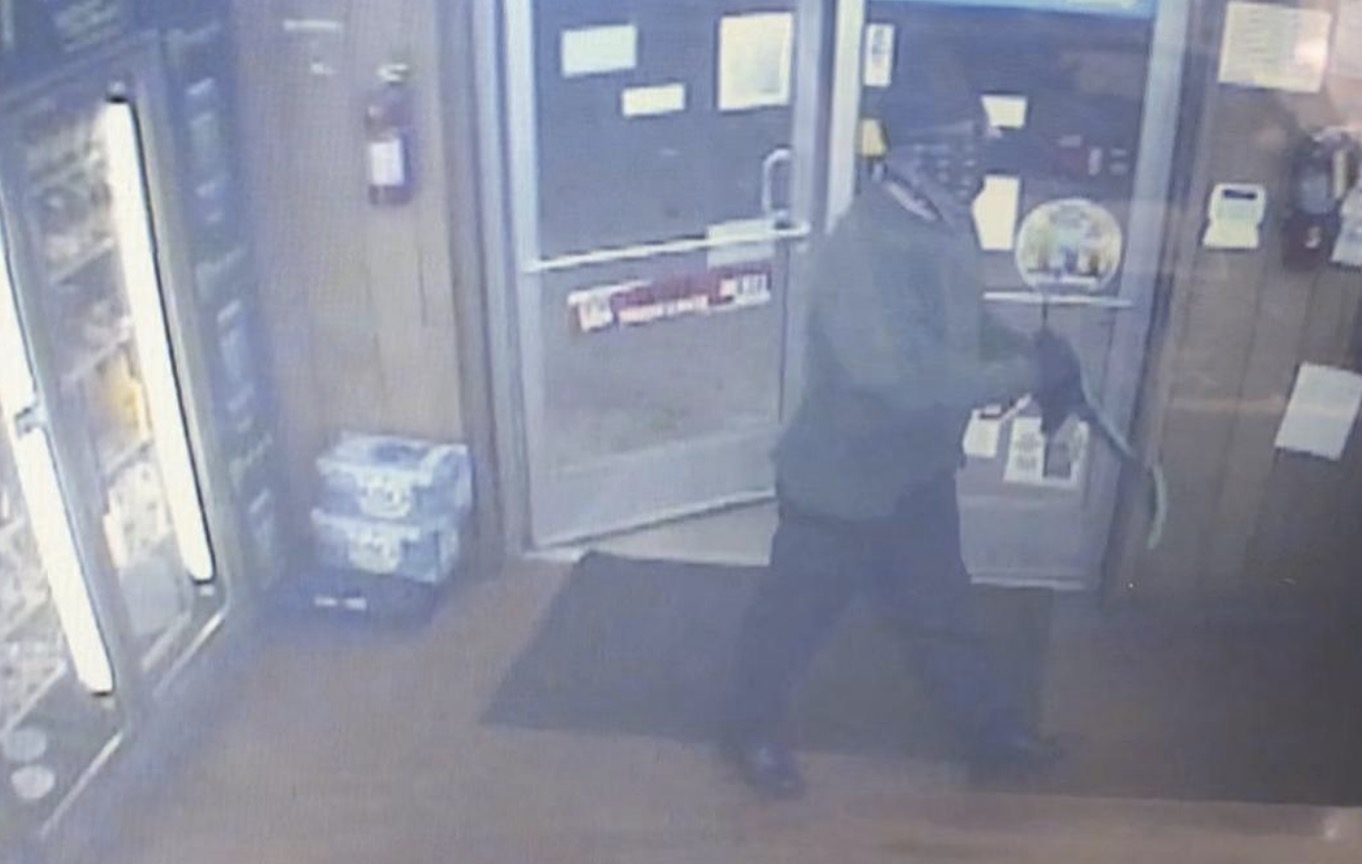 A Morganton, North Carolina, couple wanted to take their relationship to the next level this week, so they staged a robbery at the convenience store where the would-be bride worked and bought engagement rings at the local Walmart.

Callie Elizabeth Carswell, 24, and Clarence William Moore III, 40, even made a video of their engagement, the Morganton News-Herald reported, citing police.

The fake robbery at Big Daddy’s Minit Mart took place on Monday, but by Tuesday the not-so-happy couple was in custody.

Carswell called 911 after 10 p.m. Monday night, police said, and said she’d been robbed by a 6-foot-tall, 250-pound “black male or an older white male with a deep voice” who was driving a gray Toyota Camry, the News & Observer reported. He was wearing a bandana over his face and carrying an ornamental sword, and he got away with $2,960.

But investigators looked at the surveillance footage from the store and saw a man wearing the clothes earlier in the evening. It was Moore.

“We … looked at some earlier video from the store and the suspect came in the store earlier,” Lt J. Brown said. “He was wearing the same clothes, the same pants, the same sunglasses. We did some research on social media and found the same bandana that he was wearing in the robbery.”

Carswell let officers search her cell phone, where they found video taken early Tuesday morning at Walmart getting engaged. A search warrant found receipts for the rings from Walmart. A search warrant for Moore’s vehicle turned up leftover money from the store and a handwritten list of items needed for the robbery. Police found the sword and the clothes Moore was wearing at the couple’s home.

Brown said “they definitely planned it together,” but Carswell told reporters outside court on Tuesday she had nothing to do with the robbery. She also threatened the reporters.

“I will assault you,” she said.

“I didn’t do it,” Carswell said with her back to the reporters. “No. Watch the (expletive) video and you’ll see that I was (expletive) terrified. I wasn’t involved.”

Carswell also posted on Facebook early in the morning on Tuesday after the robbery. The post is no longer available, but the Morganton News-Herald quoted it:

“I was robbed at my job tonight. It was the most scariest thing I ever been through. I’m ok they took a lot of money but I gave them what they asked for until they left so I could make sure they didn’t kill me. My boss said I done good. I’m ok just extremely shooken up and had a major anxiety attack.”