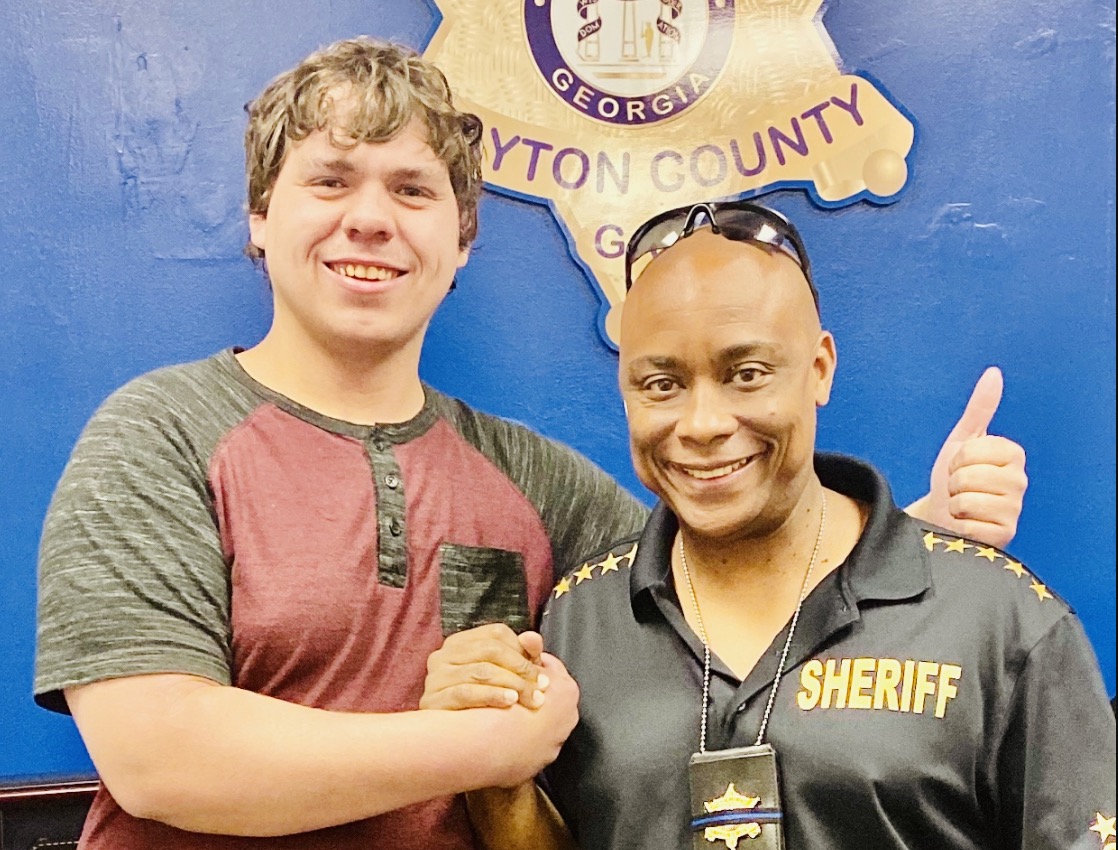 A bread delivery man is an honorary sheriff’s deputy in Clayton County, Georgia, after he helped stop an armed robbery at a fast food restaurant.

Joseph Chilton arrived at the Hardee’s in Ellenwood at about 6:30 a.m. Saturday morning as employees were running out of the restaurant’s back door, saying they were being robbed, 11 Alive reported.

A man, later identified as Damario Kentrell Parrish, had jumped the front counter, pointed a gun at a female employee, and demanded cash.

“Chilton ran back to his truck to get a firearm and ran back in to help the female in distress,” the Clayton County Sheriff’s Office said in a statement. Chilton shot Parrish twice, but the suspect was still able to flee.

Deputies, who had already been alerted to the robbery in progress, arrived and tracked Parrish down to a house in nearby Conley, but he refused to come out. Sheriff Victor Hill called for the SWAT team upon learning there were children in the house, but the children had left the home by the time SWAT arrived.

Parrish surrendered a short time later and was taken to a hospital for treatment.

Hill made Chilton an honorary sheriff’s deputy and inducted him into his Posse Hall of Fame.